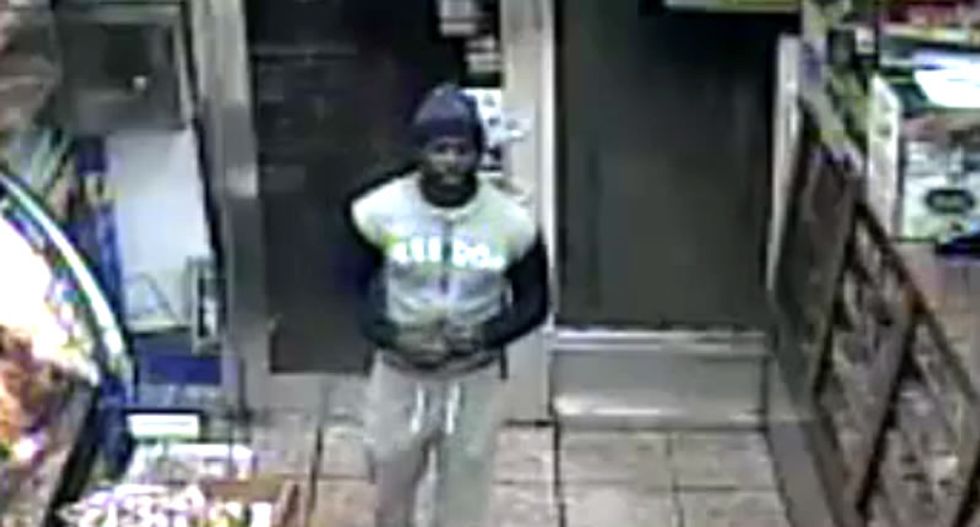 A trans woman in Brooklyn is in critical condition after being brutally beaten by four men, Gothamist reports.

The executive director of the New Alternatives for Homeless LGBT Youth, Kate Barnhart, said the woman -- whose name has not been released -- was walking with a friend when they were approached by the men, who asked "what they were doing in the neighborhood."

"When they figured out from her voice that she was transgender, they starting calling her a ‘faggot’ and beating her with a 2 X 4," she said.

Two of the suspects were captured on surveillance footage. One of them (pictured above) wore a gray sweatshirt with the word "FREEDOM" on it. The other wore a blue Nike hooded sweatshirt and blue sweatpants. All four suspects are described as black males.

The victim is listed in stable condition, Barnhart said, "but it is not clear if she will have permanent brain damage."

"It is outrageous that transgender people are still not safe in what is supposed to be the safest LGBT city in the world," she added.

The New York Police Department has not made any arrests yet, and the Hate Crimes Task Force is investigating the attack.

This is the second attack on a member of the LGBT community in recent weeks. A gay man was shot as he attempted to flee an altercation in late September. The three men involved in that attack have been arrested and charged with hate crimes.

Watch surveillance video of two of the suspects shortly before the attack via the NYPD below.