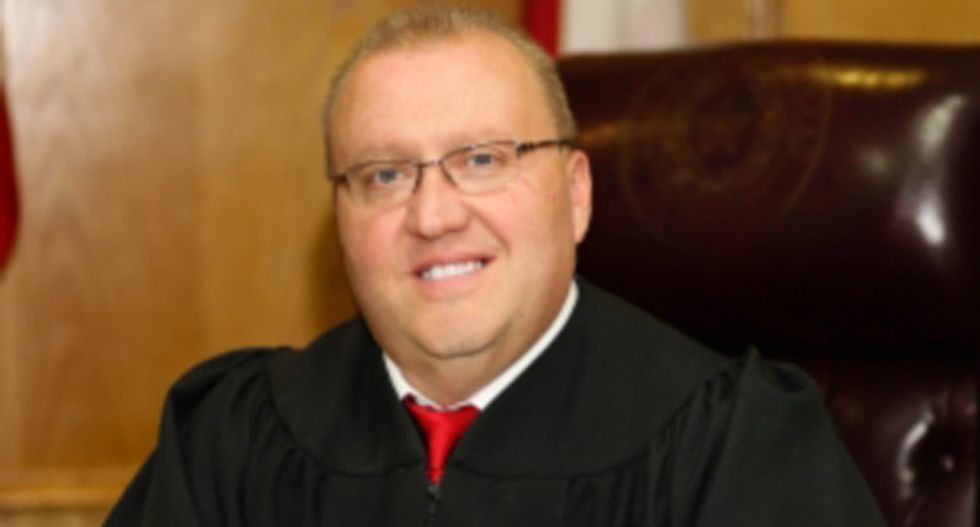 A Texas judge, under fire for opening court proceedings with a Bible reading followed by a prayer, has scheduled a prayer breakfast next week where he claims he will address the issue.

According to the Friendly Atheist, Texas Justice of the Peace Wayne Mack was criticized for beginning a courtroom session with a 5-minute-long Bible reading by a local pastor followed by a formal prayer that left some courtroom attendees uncomfortable.

In a letter (pdf) sent to Mack from the Freedom from Religion Foundation, the group said that a person in court that day claimed Mack began court by telling the assembled courtroom visitors, “We are going to say a prayer. If any of you are offended by that you can leave into the hallway and your case will not be affected.”

The complainant added, “I felt that the Judge was watching for reactions from the courtroom; bowed heads, indifference, etc. I definitely felt that our cases would be affected by our reactions [to the bible reading]. Once the Bible reading was over we were then asked to bow our heads to pray. I was very uncomfortable and certainly felt that I was being coerced into following this ritual and that the outcome of my case depended upon my body language.”

The letter from FFRF did not accuse the judge of bias, but points out that previous court cases have held that introducing religion into the courtroom in such a manner may be in violation of the Establishment Clause which prohibits government promotion or endorsement of a specific religion.

The FFRF has asked that Justice Mack refrain from prayer in the courtroom in the future.

Mack never responded to the letter from the FFRF , instead sending an email out to supporters where he wrote, "I have been put on notice by the staff attorney for the Freedom From Religion Foundation in Madison Wisconsin. I will be addressing their demand that we "immediately end the practice of court prayer" at the Oct 23rd Prayer Breakfast. I am not seeking the potential controversy, as I will have to respond to these groups as well. We are on strong moral and legal ground."

Mack continued, "I want to make a statement to show those that feel what we are doing is unacceptable, that not only is it acceptable to our community, but show them that God has a place in all aspects of our lives and public service, during times of tragedy and conflict, when we as a community need to bring peace to the storm."

Mack included an appeal to followers to purchase their $20 tickets at waynemack.org.

Mack's email was forwarded as an attachment by Betty Anderson from the Montgomery County Eagle Forum who wrote, "A Christian brother, an elected official, needs our help right now. Justice of the Peace Wayne Mack has been warned in a letter sent by the anti-Christian Freedom From Religion Foundation not to continue opening his court in prayer. They believe that God & Faith has no place in public lives and service."

The email concludes, "Serving the King, and standing up for our God-given inalienable rights to religious freedom."