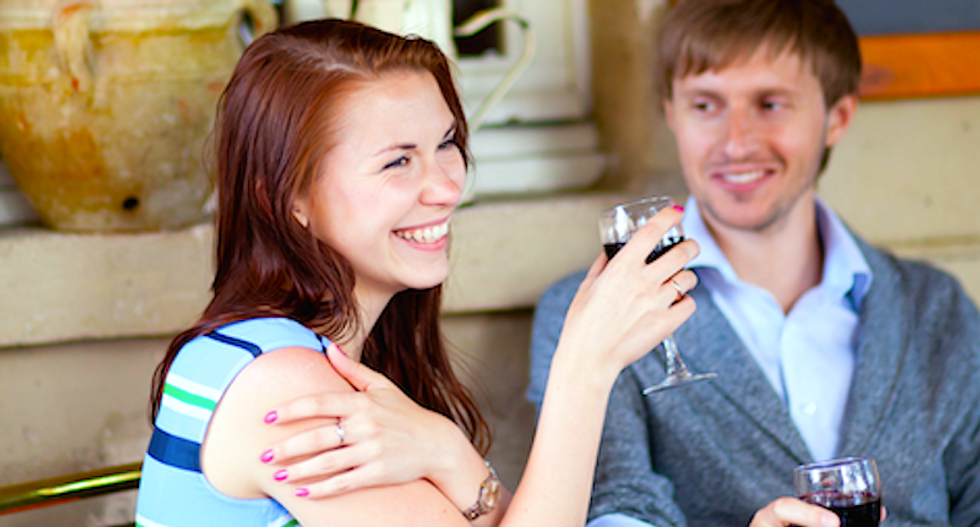 Riposo 72 had its 16-seat sidewalk café approved in August, but DNAinfo New York reported some of the eatery’s Upper West Side neighbors want to block a plan to serve beer, wine, and liquor outside.

The café’s owners compromised with a community board and cut in half the number of outdoor seats – which aren’t even available yet – but residents are still concerned over the customers they encounter there.

"I have seen people say, ‘I met you on the Internet’ -- and you’re putting that on the sidewalk?" said neighbor Al Salsano. "I don’t want children walking near 'Internet people' meeting."

Other neighbors argued Wednesday night at a community board meeting that alcohol shouldn’t be served outside in a residential neighborhood, the website reported.

"The quality of life in the area is being carelessly eroded for trendiness," said Susan Cassidy, who has lived in the neighborhood for 50 years.

Allowing outdoor alcohol service could tip the neighborhood onto a slippery slope, another neighbor said.

"This is how it happens," Kay Sheehan said. "Once you have a café serving drinks on the street, then you have a precedent."

The café is on West 72nd Street, between Columbus Avenue and Central Park West.

A board member asked one of the concerned residents if he’d ever been to one of the existing sidewalk cafés to find “rowdy” patrons “staggering out” into the streets.

"I don’t go out to meet people I found on the Internet," Horowtiz said.

The community board voted to approve Riposo 72’s outdoor liquor license, the website reported, and the café will seek state approval next week.