US encouraged by progress with Japan on Pacific trade pact, but 'tough' issues remain 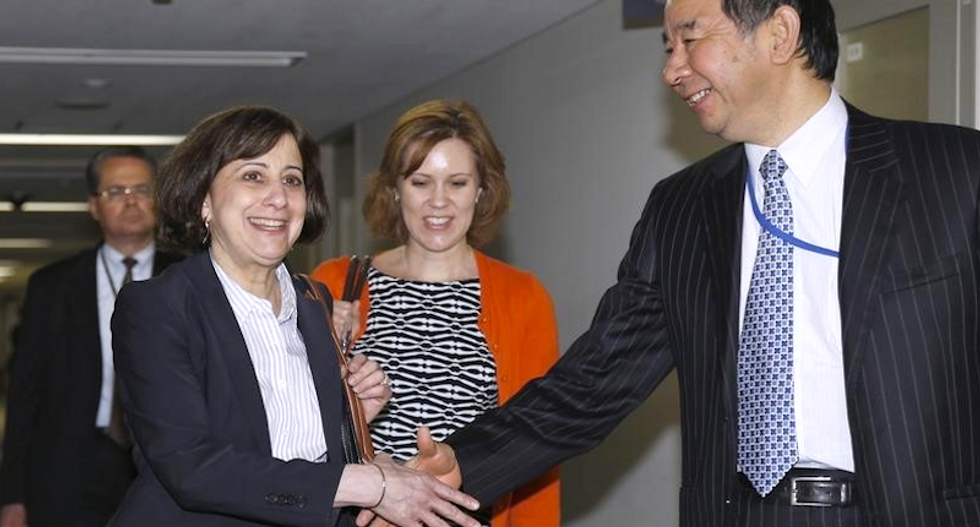 Hopes of sealing the deal this year took a blow last month, when talks between the two nations seen as key to concluding the ambitious 12-nation trade pact hit a snag, with each side blaming the other for a stalemate over farm exports.

"We were encouraged by the progress we made this week during our negotiations, but we need to underscore that the issues before us are tough," Wendy Cutler told reporters at Japan's foreign ministry, following four days of talks with Japan's deputy chief negotiator, Hiroshi Oe.

"Our hope is that ... Japanese negotiators will be bold."

Cutler said the two sides had agreed to a meeting between officials next week in the Australian capital of Canberra, after which they would move negotiations to Sydney ahead of TPP ministerial meetings on both agricultural products and autos.

U.S. President Barack Obama has said he hoped to have a TPP deal by year-end, but many experts are skeptical the group's two biggest economies can make the necessary compromises.

Other TPP partners are reluctant to commit to final offers until they see how the two resolve their differences.

Obama spoke with Japanese Prime Minister Shinzo Abe on Wednesday morning but Abe later told reporters there were no specific proposals on the TPP talks during their 25-minute telephone conversation.

The two reconfirmed their determination to resolve all outstanding issues, however, Chief Cabinet Secretary Yoshihide Suga told a news conference.

"It is best to work all this out as soon as possible," he added.

Asked about the timing of a bilateral pact, Cutler said only that the two sides were "working as hard and creatively as possible" and hoped to conclude the overall TPP talks as soon as they could.

Top negotiators of nations involved in the TPP talks meet in Australia next week ahead of ministerial discussion and then further talks at an Asia Pacific Economic Cooperation summit in Beijing next month.

The 21-nation APEC grouping includes Canada, Mexico, Russia and the United States and accounts for about 40 percent of the world's population, 55 percent of global gross domestic product and 44 percent of world trade.