US faces sixth case of Ebola as American returns for treatment 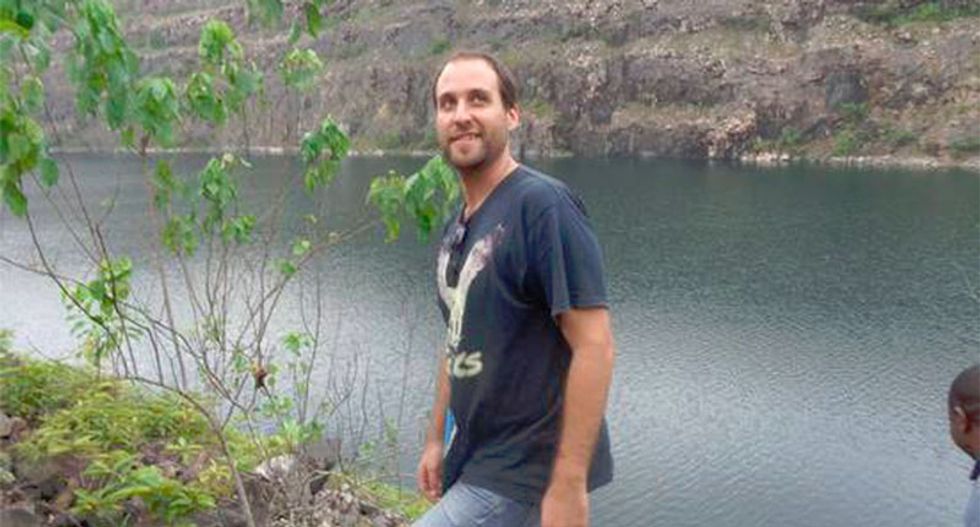 The United States has seen six cases of the Ebola virus in recent weeks affecting five Americans and a Liberian, raising concerns about wider spread of the disease, which has killed more than 3,400 people and infected nearly 7,500 in the current outbreak centered in West Africa.

All of the Americans contracted the disease while in West Africa and were diagnosed there before returning home for treatment. The Liberian fell ill and tested positive during a visit to Dallas.

Below are details on the six U.S. cases so far:

Ashoka Mukpo, an American freelance television cameraman working for NBC News in Liberia, arrived in the United States on Monday for treatment at Nebraska Medical Center in Omaha.

NBC, which announced the case last week, said Mukpo, 33, quarantined himself immediately after he began to feel ill and later went to a Doctors Without Borders treatment center, where he tested positive for Ebola.

The entire NBC crew also planned to return to the United States and will be quarantined for 21 days, the maximum incubation period for Ebola.

He was initially discharged with antibiotics, despite telling a nurse he had just come from Liberia. On Sept. 28 he returned to the same hospital by ambulance after vomiting outside the apartment complex where he was staying.

He remains in critical condition.

Amid questions over its handling of the case, hospital officials blamed a software error that allowed nurses to see Duncan's travel history from Liberia but not doctors, a glitch they said has now been fixed.

Other concerns remain about the handling of the quarantine at the residence where Duncan was staying with the woman he had a child with, one of her other children, and two other relatives.

There also is a dispute over Duncan's travel to the United States as Liberian officials threaten prosecution, saying he failed to disclose that he had contact with someone who was eventually diagnosed with Ebola.

An unnamed American who contracted Ebola in West Africa is being treated at an isolation unit at Emory University Hospital in Atlanta. There have been few, if any, details made public about the patient, who returned to the United States by air ambulance on Sept. 9.

According to CNN, the American is a male who contracted the virus in Sierra Leone.

About the same time, the World Health Organization said one of its doctors tested positive for Ebola at a treatment center in Sierra Leone but the two cases have not been officially linked and WHO has not identified the physician.

In the summer, three Americans contracted Ebola while working for Christian missionary organizations in Liberia and were flown to the United States for treatment and later released.

Nancy Writebol contracted the virus in July while working for a SIM USA hospital with her husband, David, who did not contract the disease. She was treated at Emory University Hospital in Atlanta and discharged Aug. 19. The couple has not ruled out returning to West Africa to continue their mission work.

Dr. Kent Brantly also was treated in isolation at Emory after contracting Ebola while working for Christian relief group Samaritan's Purse. He was released Aug. 21.

Dr. Rick Sacra, a Boston physician who was working for SIM USA, arrived in the United States on Sept. 5 and was treated for three weeks, also at Nebraska Medical Center. He has said he may return to Liberia to fight the outbreak. On Saturday, he was admitted to UMass Memorial Medical Center in Worcester, Massachusetts, for a likely respiratory infection. On Sunday, hospital officials said he tested negative for Ebola and was being removed from isolation.

Hospitals across the United States have been urged to watch for possible cases and to ask patients about their recent travels to help screen for the virus, but so far there have been no other confirmed U.S. cases.

An American doctor remains under observation at the National Institutes of Health (NIH) in Bethesda, Maryland, outside of Washington but has not been confirmed to have the disease. The physician was exposed while volunteering in Sierra Leone, according to the NIH.

An NIH spokeswoman on Friday declined to give any further updates on the case, citing privacy reasons. The patient was admitted on Sunday. If kept for 21 days, the patient would be released around Oct. 19.

Other patients have been monitored in Washington, Hawaii and Florida.

(Reporting by Susan Heavey in Washington and Colleen Jenkins in Winston-Salem; Editing by Jim Loney)