US to recognize same-sex marriages performed in seven more states 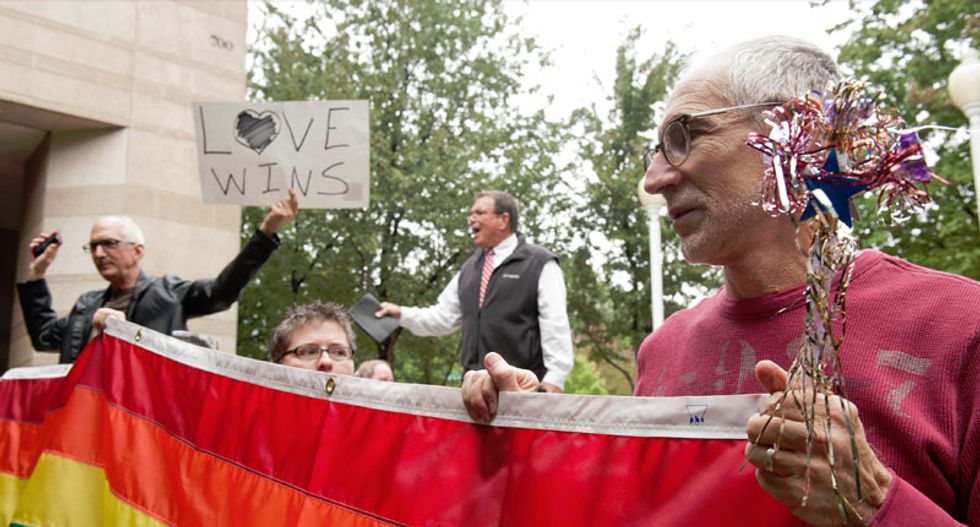 The U.S. government will recognize same-sex marriages in seven more states, after the Supreme Court last week paved the way for gays and lesbians to get married in a handful of states and some appeals court rulings followed suit, the Justice Department said on Friday.

Federal agencies will acknowledge gay unions in Indiana, Oklahoma, Utah, Virginia, Wisconsin, Nevada and Colorado, it said, and more states are expected to be added to the list in the coming weeks.

The Supreme Court on Oct. 6 rejected appeals involving five of the states, which had prohibited same-sex marriage, leaving intact lower-court rulings that had struck down those bans.

Some appeals courts also handed down rulings last week that allowed gay unions to more forward in Nevada and Colorado.

“We will not delay in fulfilling our responsibility to afford every eligible couple ... the full rights and responsibilities to which they are entitled," Attorney General Eric Holder said in announcing the change.