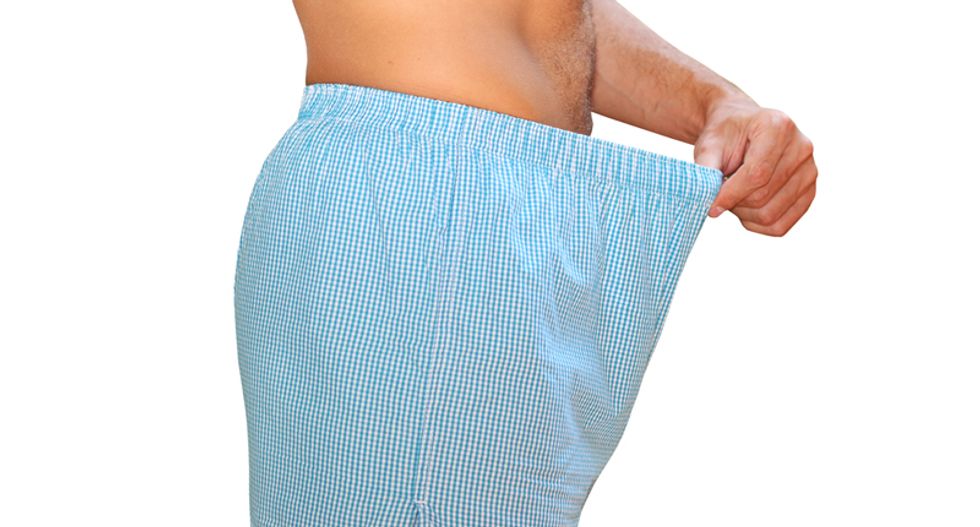 Man in boxers looking for something (Shutterstock)

An Oklahoma man is currently being held on two counts of statutory rape after the victim ID'd him, pointing out he had a woman's name tattooed on his penis, reports Tulsa World.

Brandon Lee Aaron, 27, of Leflore County was taken into custody by Panama police and charged with sexually assaulting a 15-year-old girl twice.

According to authorities, they were initially alerted to the assaults on the teen after the girl's sister showed them sexually explicit texts from Aaron describing the illicit encounters.

In interviews with investigators, the teen was asked if the man who assaulted her had any distinguishing marks or scars that wouldn't normally be visible to the public. According to the affidavit, the girl described a woman's name -- described as an ex-girlfriend -- on Aaron's penis. She also stated that they had sex twice, once in June and again a week before he was taken into custody.

In interviews with authorities, Aaron initially denied having sex with the teen, before admitting that he did have sex with her twice; once at her sister's apartment and another time in his mother's house. Aaron admitted that he “knew it was wrong” and had tried to stay away from her.

After obtaining a warrant, police inspected Aaron's body and discovered the tattoo as described.

Aaron is currently in custody at the LeFlore County Detention Center, with bond set at $25,000.