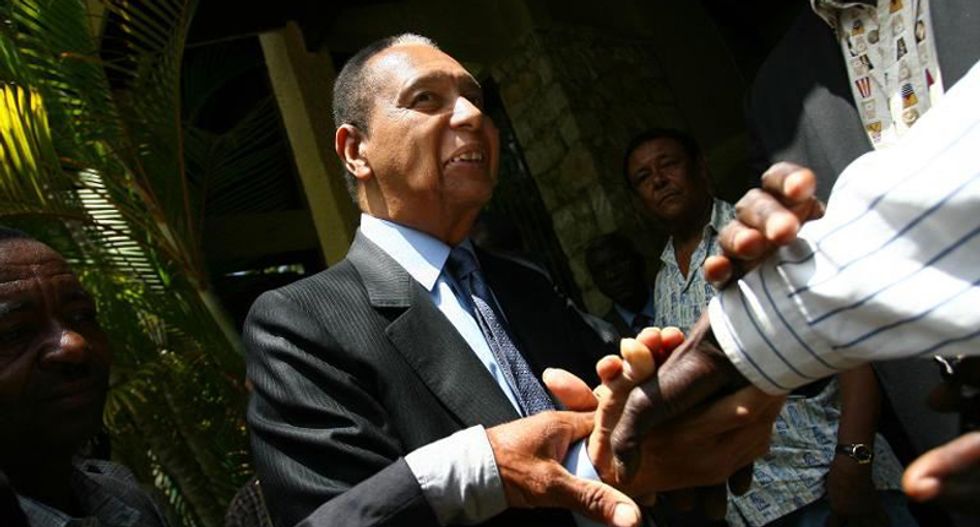 Victims of Jean-Claude "Baby Doc" Duvalier's brutal regime vowed Sunday to pursue posthumous prosecution for crimes against humanity -- but most of the country seemed unmoved by the former dictator's sudden death.

Baby Doc, who ruled the impoverished Caribbean nation with an iron fist from 1971 until his ouster in 1986, died on Saturday of a heart attack at age 63.

An estimated 30,000 people were killed during his reign and that of his ruthless father, Francois "Papa Doc" Duvalier, before him. rights activists say.

Baby Doc, who returned to Haiti in 2011 after 25 years in exile, had been facing charges of crimes against humanity, torturing his opponents, and embezzlement.

After his death was announced, one of the plaintiffs, Nicole Magloire, vowed "not to give up."

Baby Doc's death "doesn't put an end to prosecutions of the main people responsible for the serious human rights violations committed under the Duvalier regime," said Lawyers without Borders Canada, the main partner of an anti-impunity group that represents most of the victims in the case against Duvalier and his collaborators.

"More than ever, the right to justice and the reparation for victims should be fully respected and put in place," the group said.

And the Center for Analysis and Research on Human Rights said Duvalier's death "does not in any way prevent the continuation of judicial processes against him and his regime."

The group said the legal process was essential for the establishment of the rule of law and democratic governance in Haiti.

But apart from victim groups, the reaction among Haitians was muted, with no demonstrations so far in the capital or by the former dictator's residence. And at the private morgue where the body was taken, only two police officers were on guard.

No date has been fixed for a funeral, according to one friend of Duvalier, who was waiting for word from the government on whether there will be a state service.

"He's a former president. He has the right to a special funeral," argued the former army colonel who served in Duvalier's regime. He said Duvalier's death would not be the end of "the Duvalier ideology."