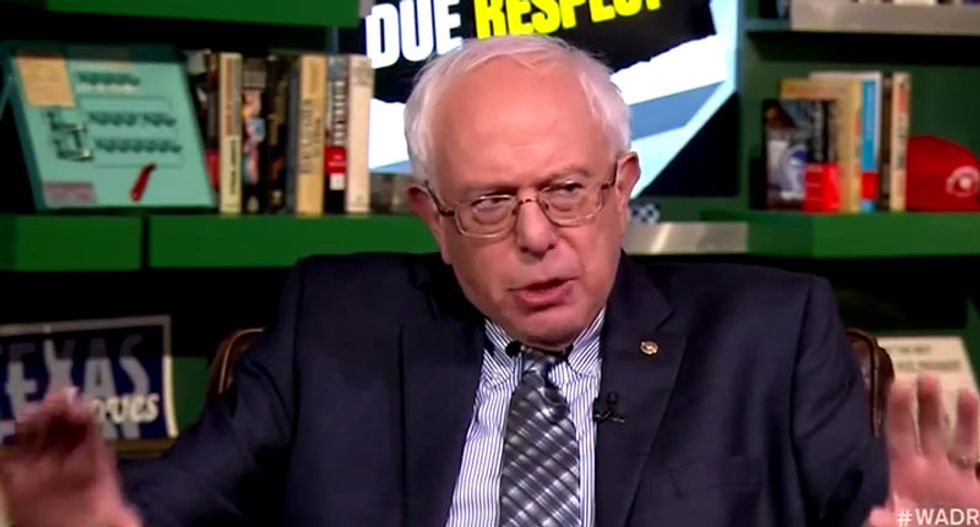 Sen. Bernie Sanders of Vermont (I) did not appear to be having much fun during a recent interview on Bloomberg Politics.

"I'm not a great fan of the media in general," he said -- and that was before being asked to read a sitcom quote about communist Cuban baseball players.

With All Due Respect hosts Mark Halperin and John Heilemann asked the socialist senator, who is considering a 2016 run for the White House, to read quotes from the sitcom Seinfeld during an interview on Thursday.

Halperin claimed that "thousands of people" believe Sanders is the voice behind Seinfeld's George Steinbrenner. The host handed Sanders a piece of paper and asked him to read a few lines from the show to investigate the conspiracy theory.

"George, the word around the office is that you’re a communist," the senator said. "You know, George, it struck me today that a communist pipeline into the vast reservoir of Cuban baseball talent could be the greatest thing to happen to this organization."

Halperin remarked that the Internet would be "on fire."

"Now that we've dealt with the important issues facing America, what else do we have?" Sanders mockingly replied.

Halperin said the interview allowed him to better understand and appreciate the senator's personality. "It's an important part of leadership, though, isn't it?"

"Nah," Sanders dismissively said, explaining that George W. Bush had a great personality but was the worst president in modern American history.

The senator said he was considering a presidential run because he was concerned about income inequality, corporate corruption, and the influence of money in politics. But he said he wasn't convinced he could successful take on "the ruling class" and the media, which are dominated by the wealthy.

The hosts ended the interview by asking Sanders whether he would rather vote for former Secretary of State Hillary Clinton or MSNBC host Ed Schultz to be president. But Sanders refused to play along.

"I respectfully decline to answer that question."