WATCH: 'I am a Liberian, not a virus' video hits back at stigmatization of West Africans 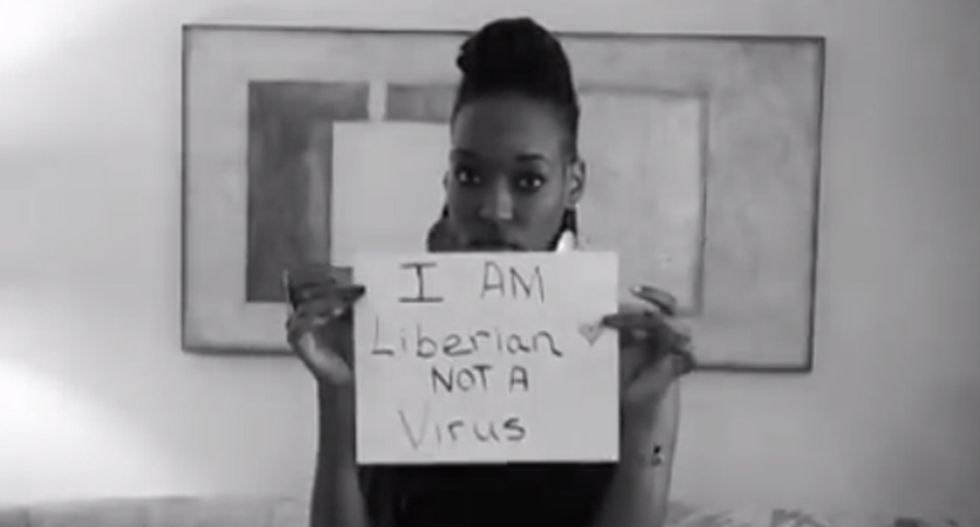 Faced with growing discrimination and taunting born out of fear of the Ebola virus, a Liberian-American TV host has created a video to explain the obvious: citizens from West African nations are "human beings" and not the virus.

With reports of Liberians living in Dallas being told to "Go back to Liberia,” Liberian-American employees being told to stay from home from work even though they have not been exposed to the virus, Shoana Clarke Solomon, a Liberian photographer and TV host, produced the "#IamaLiberianNotaVirus” video which recently went viral.

According to The Root, Solomon said her daughter recently came home from school where a classmate told her, "You're from Liberia, so you have a disease."

In the video, Solomon explains  that both she and her daughter were hurt by the comment, which led to the creation of the video.

"We are Liberians, Sierra Leoneans, Guineans, and Nigerians, " she says in the video. "We live in a region that has been devastated by a deadly disease.  But we're not all infected.  It is wrong to stereotype and stigmatize an entire people."

"Remember, we are human beings. I am a Liberian, not a virus"

Watch the video below uploaded to YouTube by Shoana Cachelle: