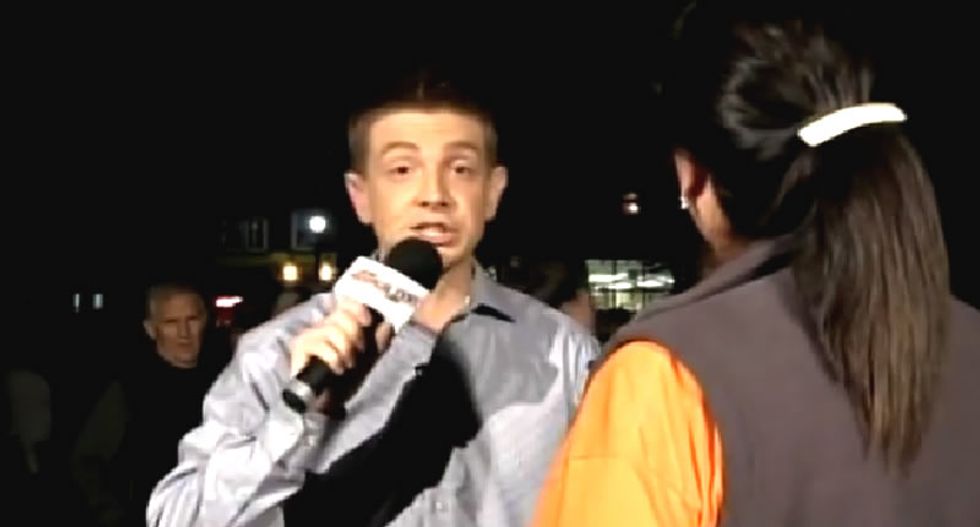 A reporter for Channel 8 in Keene, New Hampshire was attempting to cover the riots at Saturday's Pumpkin Festival when its organizer demanded that he stop filming, Benswann.com reports.

As the video begins, reporter Jared Goodell can be seen struggling with a woman in an orange shirt. He pulls away from her and says, "Ruth Sterling, who is the festival coordinator, is on site here and -- well, she's not letting me do my job."

"She would not like me to tell you what is going on at Keene State College," he says, dodging Sterling's hands as she makes for the microphone.

"You heard it here first," Goodell says, before Sterling rips the microphone away and says, "Do not alarm our guests."

"You have no right to self-promote here," Sterling says, before turning to the crowd and asking, "Do we agree he's self-promoting? I agree he is!"