What the hell is Common Core, anyway, and why are people so upset about it? 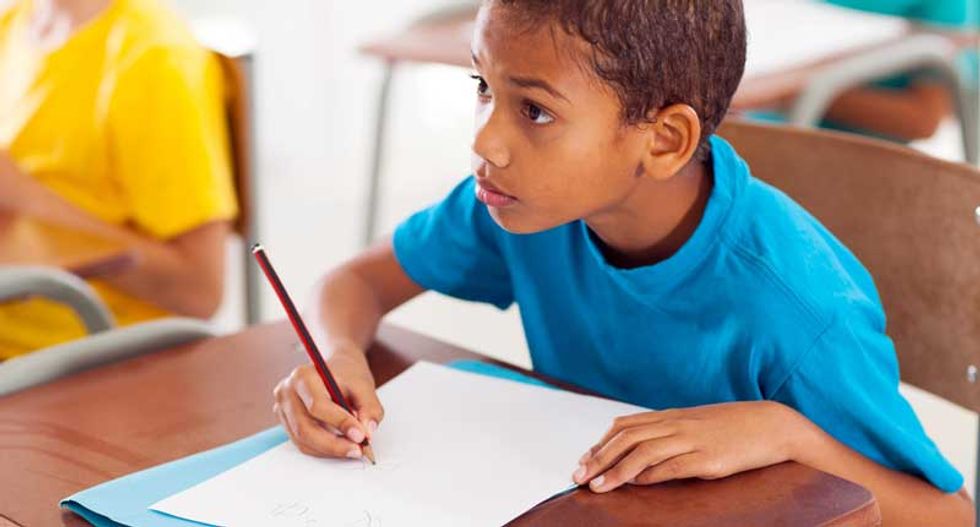 The Common Core State Standards Initiative (or Common Core) is a quintessentially American approach to addressing the relatively modest academic performance of many students.

But the country is divided on whether it will work. A new Gallup poll has found that public school parents are evenly split on whether feeling positive, negative or unsure about how the standards will affect their children’s schooling.

The limited role played by the national government in schooling is important in this debate. The Department of Education has no direct authority over standards, assessments, or curriculum. Each of the 50 state governments ultimately has control over education within its boundaries. That said, many important education decisions are, in practise, devolved to thousands of local governments. That can include curriculum, pedagogy, staffing, school construction and even school finance.

The Common Core is a voluntary agreement between 43 state governments. Each signs up to adopting a common set of educational standards in English language arts and mathematics for students in kindergarten through 12th grade.

The states then use these standards as a basis for evaluating student achievement and for assessing how well schools are performing. The ultimate goal is to provide a clear signal about academic expectations. Local schools are thereby encouraged to improve curricula, reform teaching practices, and strengthen personnel standards.

The Common Core emerged from widespread dissatisfaction with a previous experiment in more nationalized education decision-making: the No Child Left Behind Act. Under that law, states were tasked with bringing 100% of their students to academic “proficiency” by 2014 but were free to decide for themselves what proficiency actually meant.

The act had the perverse consequence of encouraging states to set wildly varying – and often very low – academic standards so they would appear to be making progress toward the federal government’s tough (arguably impossible) proficiency mandate.

As support for No Child Left Behind waned, the question of what would replace it arose. Many state and local elected officials were highly critical of the act but few wanted to get rid of academic standards altogether or to return to a system in which standards varied drastically from state to state.

Encouraged by the Obama administration, state officials negotiated the Common Core project. Supporters hoped the goal of high and common standards would appeal to school reformers but that the still-popular principle of state and local control of education could be upheld. The Common Core is untried but it does broadly reflect research that suggests high standards, coupled with testing, are associated with modest to moderate gains in average student achievement.

Nonetheless, the Common Core has courted controversy from both the political left and right. Many liberals see it as another effort to reduce education to standardized testing. At the same time, many conservatives complain that the Common Core repeats the sins of No Child Left Behind by removing control from parents, teachers, and local governments.

Critics on both sides of the aisle argue that the Common Core was created in secret and rushed into operation with little input from the public. In some states, controversy has grown to the point that state leaders have withdrawn their commitments to the project.

The struggles to bring in the Common Core reflect a repeated pattern in American education. Periods of centralization foster concerns that local authorities are losing control over their schools and lead to measures that devolve authority to more local authorities. But decentralization often leads to confusion and inefficiency, which in turn prompts calls for a more coordinated approach.

This dynamic fosters a characteristically American style of education. Standardization and local control are continually pitted against each other, without the problems inherent in either approach ever being truly resolved. We may be entering a period of reaction against the Common Core now, but history suggests we’ll be seeing something like it again soon.

Jesse Rhodes does not work for, consult to, own shares in or receive funding from any company or organisation that would benefit from this article, and has no relevant affiliations.