We Shall overcome: the lesbian sperm bank remix 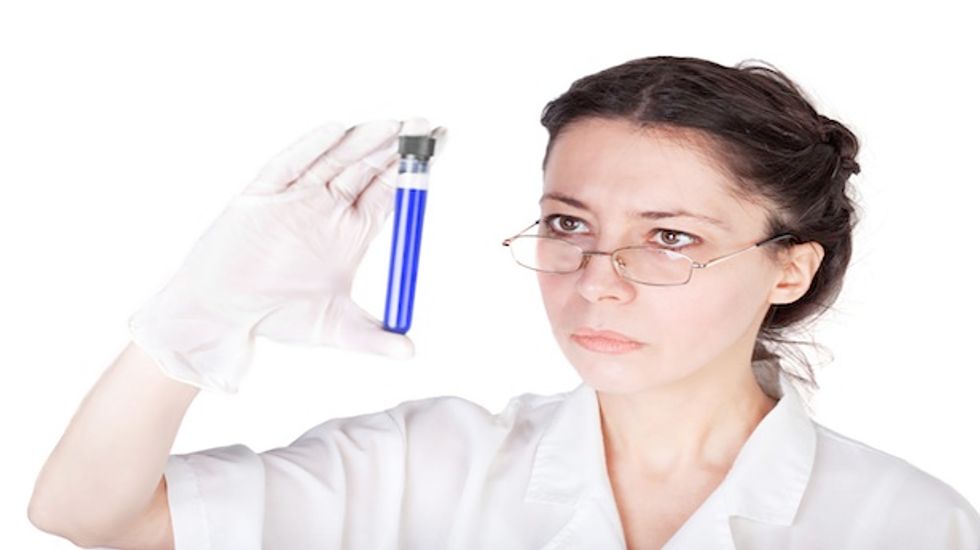 Most women who, for whatever reason, cannot become pregnant on their own, are thrilled artificial insemination enables them to have a child. But Jennifer Cramblett, of eastern Ohio is so upset about her daughter, she's suing the sperm bank. Why? Because the sperm bank accidentally mailed her sperm from a black donor. And that means that Cramblett's two-year-old daughter, Payton, is... wait for it... bi-racial.

As David Ferguson reported on,  this is something Cramblett, who had requested a white man's sperm, didn't want. So, she's suing the Midwest Sperm Bank, which mixed up the sperm batches when it read a vial labeled  380 as 330. According to her lawsuit and attorney, Cramblett should be compensated so she can move because she lives in an intolerant town, has an intolerant family and intolerant friends. Attorney Thomas Intili said, "she lives in an all-white community in eastern Ohio. She did not encounter any African-American people until she entered college. Not all her friends and family members are racially sensitive." Perhaps most painful of all is that Cramblett is forced to travel a long distance to get her daughter a semi-decent haircut. The lawsuit reads,

Getting a young daughter's hair cut is not particularly stressful for most mothers, but to Jennifer it is not a routine matter, because Payton has hair typical of an African American girl. To get a decent cut, Jennifer must travel to a black neighborhood, far from where she lives, where she is obviously different in appearance, and not overtly welcome.

It's bad enough to have to shlep to a hair dresser who can disentangle the mystery that is African American girl hair. On top of that, it seems, Cramblett risks her life every time she ventures into a neighborhood where she is "othered" by African Americans who, presumably, commit hate crimes against her with their eyes.

It was only when Cramblett's partner Amanda tried to get impregnated from the same white sperm that the lesbian couple realized they were dealing with black sperm.

And Cramblett was understandably devastated. As the lawsuit states, she

was crying, confused and upset. All of the thought, care and planning that she and Amanda had undertaken to control their baby's parentage had been rendered meaningless. In an instant, Jennifer's excitement and anticipation of her pregnancy was replaced with anger, disappointment and fear.

All of the couple's eugenic-based dreams were dashed in a moment. Is having a baby which perpetuates ideas about racial purity so much for a lesbian couple to ask for? Are only straight people allowed to be bigoted?

Speaking of which, I wonder how the couple's family, friends and town deal with their lesbian relationship? Are they "sexual-orientationly sensitive?" Let's hope so.

It will be a great day when LGBT parents are able to be as openly racist and bigoted as straight parents. That day may not have come yet, but I can see it and hear it coming around the corner. And it sounds like this: "We're Here, we're queer, we don't want impure stock, get used it!"