With the help of the Coast Guard, World War II veteran has Viking funeral at sea 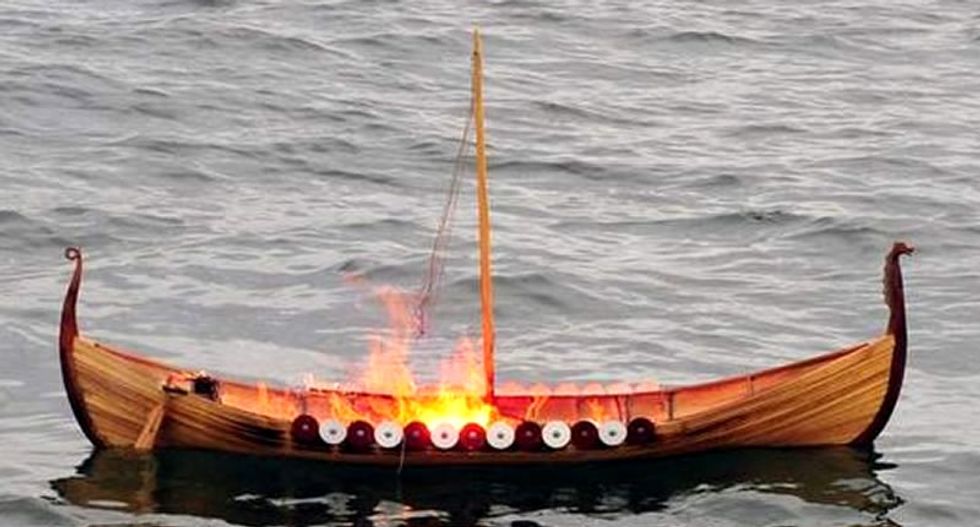 Last month, a World War II veteran was given a unique burial at sea, the Navy Times reports.

With the assistance of the Coast Guard, Andrew Haines was not merely buried at sea -- his ashes were set aflame and adrift in a miniature replica of a classic Viking funeral.

Haines, who immigrated to the United States from Norway in 1927, had his Norwegian cousin send him blueprints for a 100-foot wooden longboat, then scaled it down. He then hand-carved five versions of the ship, and chose a 54-inch replica to carry him to the afterlife.

They then petitioned the Coast Guard to allow them set it on fire about three miles off the New Jersey coast.

But rarely, he added, are they this elaborate.

Haines' family held a group memorial for him on the coast, then headed three miles out to sea with Coast Guard. Fonesca and his crew placed it in the ocean, then lit up the vessel containing the elder Haines' ashes. It took approximately 20 minutes to burn.