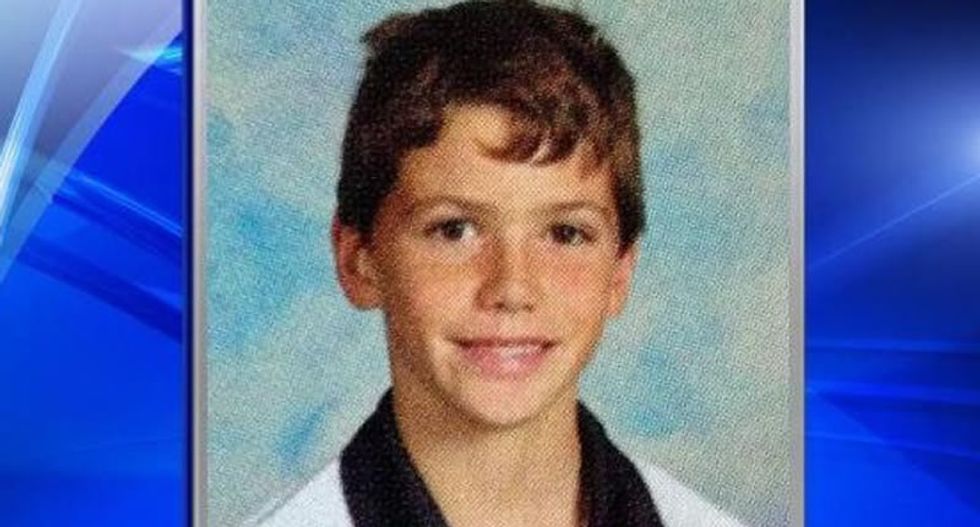 A 13-year-old teen from Lewisville, North Carolina was killed while lying down in his hotel room yesterday after a bullet accidentally fired in an adjacent room struck him, WGHP reports.

Nathan Andrew Clark was staying in the Comfort Suites hotel while he participated in the Capital Area Soccer League tournament.

At approximately 11 p.m., a woman who was in the room with him called 911, saying that she "had no idea" what happened to the teen, only that he was bleeding profusely from a bump on the back of his head.

"I don't know if he hit his head or something," the woman told the 911 dispatcher. She said that family members were attempting to resuscitate him, but were not meeting with success.

When paramedics arrived, they pronounced the eighth grader dead.

Police quickly determined that Clark had been shot, and located Randall Louis Vater, who was in a nearby room and in possession of firearms. They said that Vater accidentally discharged his weapon, and that the round traveled through the wall and into Clark's room, where it fatally struck him.

Vater has a long history with law enforcement, having served time in prison on charges ranging from violating a restraining order to communicating threats to hit-and-run. He was in police custody as recently as October 25, according to Department of Public Safety records.

He is currently being held at the Wake County Detention Center on charges of involuntary manslaughter and possession of a firearm by a convicted felon.

Watch a report on the tragic incident via WGHP below.