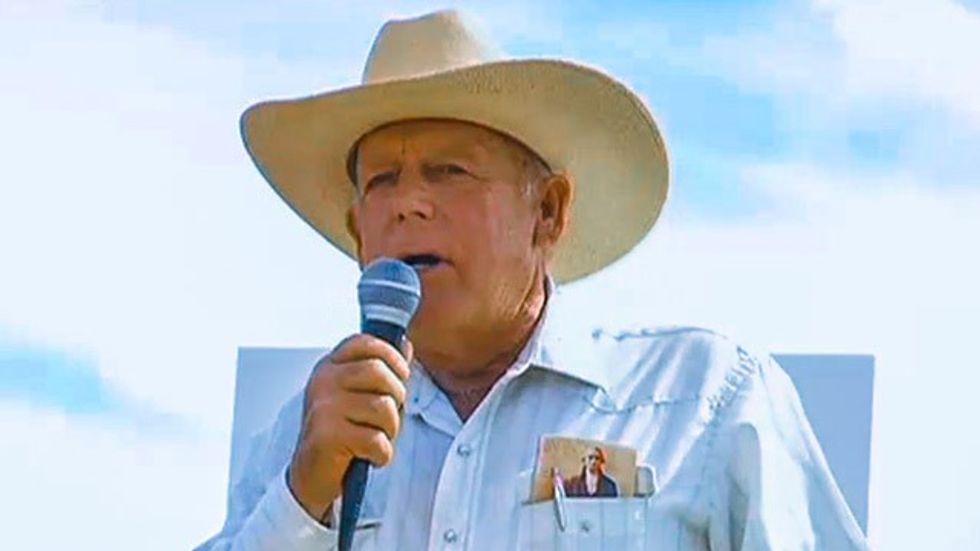 Arizona's "state sovereignty" bill, Proposition 122, was narrowly approved by voters on Tuesday, but law professors are warning the state that it's blatantly unconstitutional and will encourage lawmakers to violate federal law, KPHO reports.

The problem with this, Bender said, is that failure to conform with federal law will result in the state being entangled in expensive federal lawsuits. "Litigation is really expensive and time-consuming," he added, "and state employees have a lot more important things to do than fight losing battles against federal legislation."

The bill's sponsors include the late Sen. Chester Crandell (R), Sen. Judy Burges (R), Sen. Al Melvin (R) and Rep. Brenda Barton (R). They argued that it will prevent government overreach into states' rights, such as the standoff between the Bureau of Land Management and Nevada rancher Cliven Bundy earlier this year. One of the sponsors, Sen. Burges, even traveled to Bundy's ranch in April to offer moral support.

"The Bureau of Land Management is overreaching, and Arizona is [also] in the crosshairs," Burges told reporters at the time.

Proponents of the GOP-backed Senate resolution, including Governor-elect Doug Ducey and Attorney General Elect Mark Brnovich, claimed that "many federal programs cost Arizona more than the state receives from the federal government. Prop 122 creates a way for the state to evaluate these programs and determine what makes sense for Arizona's taxpayers. It won't stop Washington from passing new laws, rules and regulations, but it can at least force them to pay their own bills."

Bender said that such financial concerns are groundless, because if a state doesn't want to abide by the stipulations attached to federal money, there is a simpler solution.

"If you're worried that taking federal money is going to cost you money," he said, "just don't take it."

Watch a report from CBS 5 below.