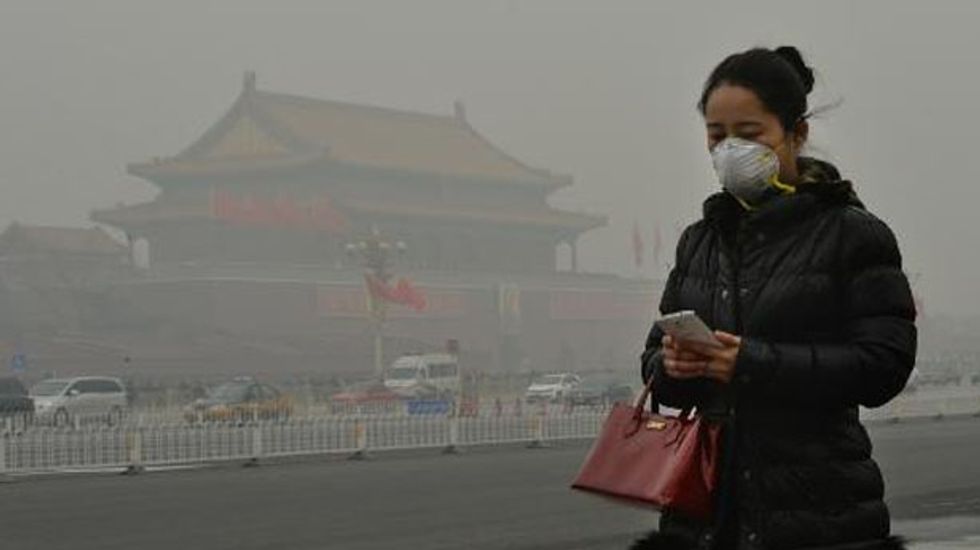 China's capital on Friday passed a smoking ban for all indoor public places and offices, state media reported, despite the failure of past attempts to limit where the country's 300 million smokers can light up.

The new regulation comes into force in June and also bans tobacco advertising outdoors, on public transport and on nearly every form of media -- including magazines, radio, TV, films, newspapers and books -- the official Xinhua news agency reported.

Tobacco kills more than a million people each year in China, where some brands can be purchased for as little as three yuan ($0.49). Chinese and foreign experts say the number of smoking deaths could triple by 2030.

Experts point to the state monopoly on the tobacco industry, which accounts for nearly a tenth of national tax revenue, as one of the biggest obstacles to anti-smoking efforts.

The World Health Organization applauded the move, saying it paved the way for strict anti-smoking legislation at the national level.

"We are thrilled to see the Beijing 100% smoke-free law pass, with no loopholes and no exemptions," said Bernhard Schwartlander, the WHO Representative in China. "China is poised to take a quantum leap forward on tobacco control."

But that optimism may be premature in the face of past attempts to limit the behaviour of the tobacco-hooked country.

Ministry of Health guidelines published in 2011 banned smoking in "indoor public spaces", but were criticised as too vague and lacked enforcement. Bars, restaurants and clubs have continued to allow patrons to light up at will.

Offering a cigarette is a common greeting among Chinese men while lighting up in lifts, buses or even in hospital waiting rooms is routine -- highlighting the lack of public awareness about the health risks of smoking.