Bill Maher bashes Mormon religion: It's 'based on a 19th century sex cult!' 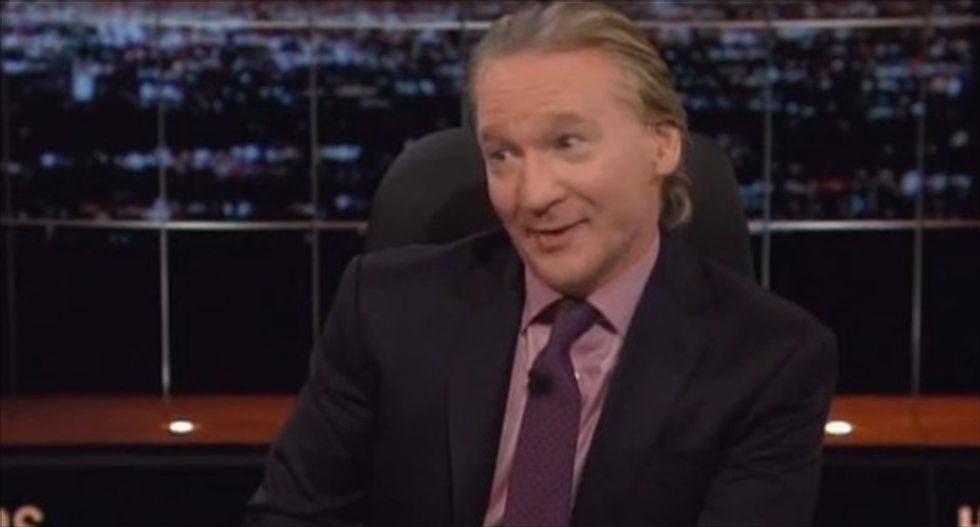 Bill Maher laid into the Mormon faith with his panel on Friday night, saying that the religion was founded as a "19th century sex cult."

Earlier this week, Mormon church officials revealed that Mormonism's founder, Joseph Smith, had at least 30 wives, some of whom were young girls.

"What I love is he said he had a revelation in 1831 from an angel who said, 'Marry plurally, get as many bitches as you can up there,'" Maher said. Smith purportedly refused the angel three times, until the divine messenger returned with a sword and threatened him.

"And you can't argue with an armed angel," Maher quipped.

“This religion is based on a sex cult!” he said. “It is plainly based on a 19th century sex cult. And if we didn’t have Mormonism, we’d have to invent it for all the religious people who need something to look down on because they believe in something crazy, this would be it.”

Watch video of this segment, embedded below via YouTube: