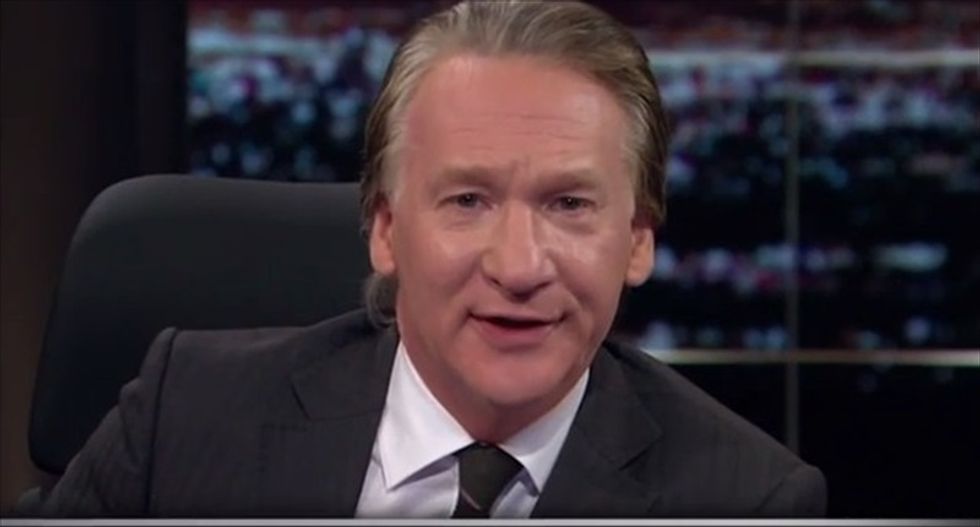 In offering up tips on how to "save Christmas" on Friday, Real Time host Bill Maher struck a Grinch-like tone.

"We gotta get rid of the gift-giving," he said. "Spending money you don't have to give people you don't like stuff they don't want? That's gotta stop. All that anxiety over what to get, how much to spend, if I buy something for this one, do I have to buy something for that one, the parking, the shopping, the returning -- I tell you, sometimes, I wonder how my assistant does it."

As Maher explained his rationale, TV One host Roland S. Martin chimed in, saying, "I don't give gifts," while another panelist, Canadian MP Chrystia Freeland, added a qualifier, saying, "Except for kids."

The holidays have become so stressful, Maher explained, that there is even an industry devoted to "surviving" Christmas. But he said that the occasion is still enjoyable, as long as people don't take it literally.

"As a fable, it's cute," he said. "I kind of like the story about the virgin who has a little god baby in the barn. It's like an early episode of Maury Povich: 'In the case of baby Jesus, Joseph, you are not the father."

"Thanks to the Internet and Fox News, half your family is now full-on insane and impossible to talk to," he said. "Therefore, we need to start a conversation around the table be restricted to: the weather, the big game, whether Gene Hackman is still alive, what the dog looks like he's thinking, and 'when are you gonna have that thing looked at?'"