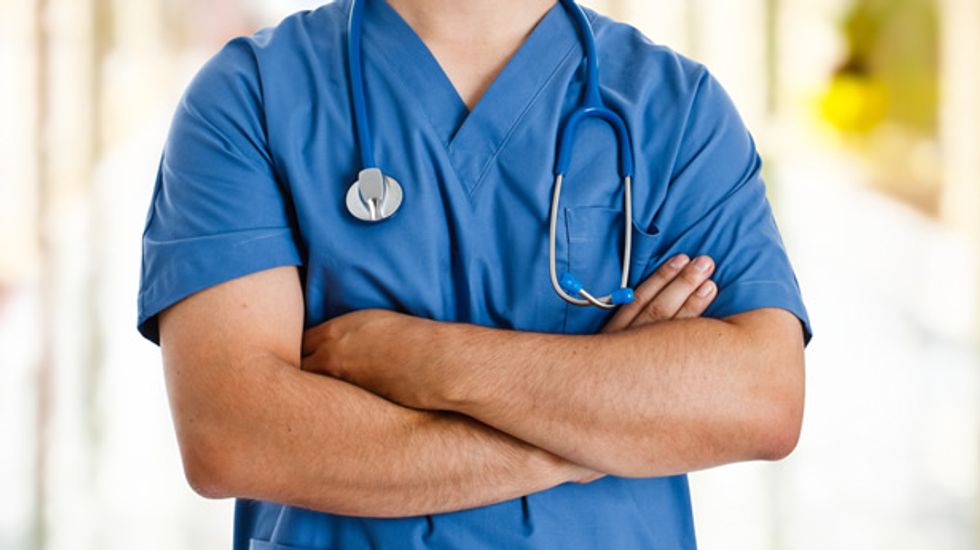 Portrait of a Friendly Doctor (Shutterstock)

This week, Right Wing Watch identified the demise-by-death-panel of Dorothy Zborknak as one of the five most influential conservative conspiracy theories -- even though the language used in the piece also appeared in ostensibly serious articles by conservative writers.

According to the site, conservatives were sent links to a September article in American News, in which the 86-year-old Zborknak was executed by an Affordable Care Act death panel after she had been deemed "no longer useful."

"Following a hearing by the president’s Patient Resource Efficiency Board (PREB), 86-year-old Dorothy Zborknak has been ordered to death. The reason? According to the administration, she is no longer useful," the article began.

"‘Unfortunately, the cost of her care just became too expensive,’" it then attributed to Peter Johnson, identified as "a member of the Chicago PREB."

"‘Under the Affordable Care Act, we have the power to make choices about end of life care and I stand by our ruling,'" Johnson allegedly said. "'I know it will be hard for the family to accept what’s going to happen…But from a financial standpoint, this was a very easy decision.’"

Her death was not mourned by her family, however, because "Dorothy Zborknak" is the name of Bea Arthur's character from the popular 1980s sitcom The Golden Girls. American News had ripped the story from the satirical site The Daily Currant and posted it as fact.

That this particular story began circulating after the Republican Party's victories in the recent midterm elections is not surprising. Even more reputable sites like Breitbart this week ran stories with headlines like, "The Death Panels Are Coming."

In that story, Breitbart Senior Editor-at-Large Ben Shapiro claimed that recommendations from the US Preventative Services Task Force (USPSTF) about the age at which women receive mammograms every other year begin at 50 is evidence that "Obamacare will ration care." His evidence consisted of the fact that both the Mayo Clinic and the American Cancer Society recommend regular screening beginning at 40.

"So get ready, folks," Shapiro wrote. "Care may soon reflect the standards of the USPSTF. And that means that rationing of care is coming, and soon."