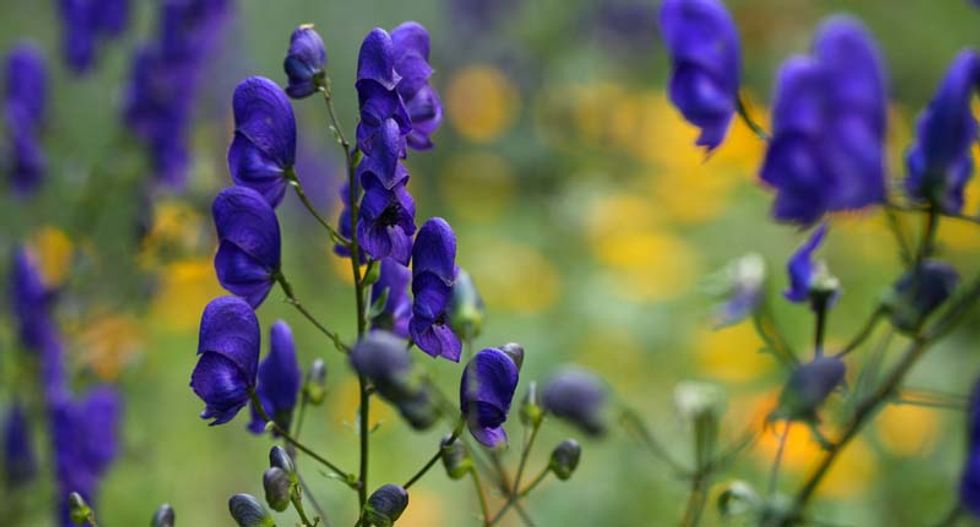 The family of a British gardener who mysteriously died from multiple organ failure claims his death may have been the result of contact with a deadly flower growing on the estate of a wealthy businessman where he worked.

Nathan Greenaway, 33, was rushed to the hospital in early September after collapsing, but doctors were unable to pinpoint the cause of illness. Greenaway died five days later from multiple organ failure, according to The Independent.

Unable to get answers into the cause his son's death, Greenaway's father conducted his own investigation and determined that his son may have died after brushing up against the highly poisonous wolfsbane plant -- also known as devil's helmet and monkshood -- found proliferating on the estate owned by retired venture capitalist Christopher Ogilvie Thompson.

Speaking at a pre-inquest hearing with the coroner on behalf of the family, Dr. Maggie Bloom said that the initial blood sample taken from Greenaway had been destroyed against hospital policy. She explained that later samples that were retained are useless as the poison leaves the body within a day.

"There's even a note in the medical records where it says all samples are to be retained," Bloom pointed out.

According to testimony at the inquest, the plant's deadly toxin works so quickly that it would have caused huge damage to Mr Greenaway's internal organs within hours.

Tom Wells, of the Chelsea Physic Garden, explained that wolfsbane is one of the most dangerous plants found in Britain’s gardens.

“The roots are where the highest level of poison is found, although it is still found in the flower,” he said. “If there were cuts on his hand, it would enter his bloodstream and affect his heart very quickly.”

Wolfsbane poisoning can cause heart arrhythmia, paralysis of the heart and respiratory problems. Ingestion of the plant is known to cause vomiting, dizziness and diarrhea.

Mrs Ogilvie Thompson stated that she and her husband did not wish to comment upon the inquest or the circumstances that led up to their gardener’s death.