California man blames Obama after running over, killing black man with his pickup 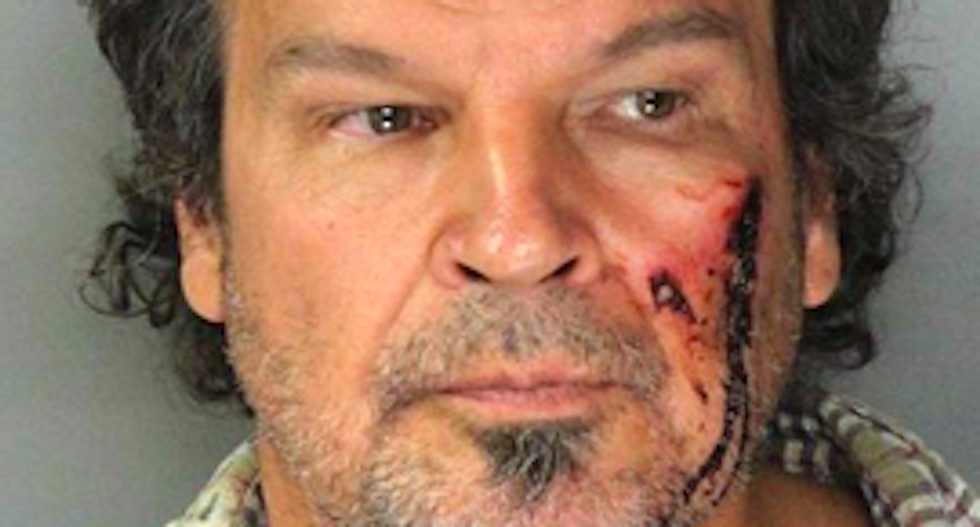 A California man claims he was defending himself last year when he ran over black man, killing him, following an altercation outside McDonalds.

Leonard, now 62, got out of his pickup and kicked Harrison several times in the head with his steel-toed work boots, authorities said.

“Just because we got Obama for a president, these people think they are real special,” Leonard said after his arrest.

He had been arguing with two men about 6 a.m. outside a Sacramento-area fast food restaurant, where prosecutors said Harrison and Justin Oliphant had been handing out food to homeless people.

Defense attorneys claim the men had stolen the food from a nearby hotel.

One of Leonard’s friends said the pair approached her outside McDonalds, and she said he “went crazy and lost his temper” when he came outside.

Leonard grabbed a chain from his pickup and confronted the men, the friend said, and surveillance video shows him swinging it around like a lasso over his head.

One of the men threw a knife and broken bottle at Leonard, investigators said, who suffered a cut on his cheek.

The men fled on foot, and Leonard tried to run over Oliphant and rammed into Harrison outside a nearby auto repair shop.

An employee grabbed a metal bar from the shop and told Leonard to sit down and wait for police to arrive, and he did.

Leonard was quickly taken into custody, and he tried to justify his actions to sheriff’s deputies.

“This could have happened to your son if you had one out there,” Leonard said. “This got too out of hand for me, man.”

He claimed he feared for his life after one of the men cut him, although Leonard concedes he “became the aggressor.”

“I think people are getting tired of being abused by the situation, the way people are being,” he said. “I myself am tired of it. I am victimized every time I turn around.”

Leonard intends to testify during the trial, which resumes Nov. 17.

His attorney said Leonard plans to explain to jurors that he has previously been seriously injured but no one was prosecuted.

But prosecutors say Leonard has previously been a violent aggressor, although defense attorneys have asked a judge to exclude evidence from those cases.