Can he file an a-peel?: Colorado man arrested for 'menacing' deputies with a banana 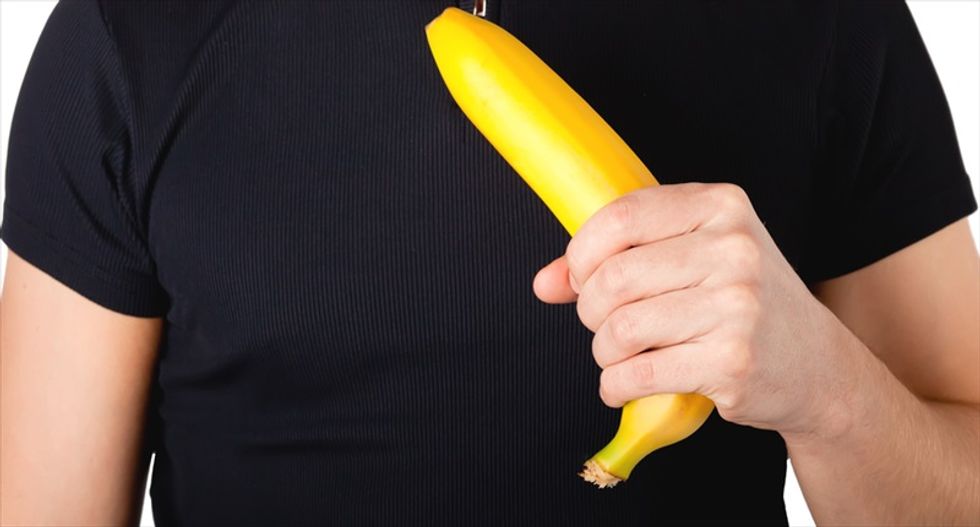 Authorities in Fruitvale, Colorado arrested a 27-year-old man for allegedly putting them in fear for their lives by pointing a banana at them, KCNC-TV reported.

Nathan Channing faces two felony counts of menacing Mesa County sheriff's deputies after pointing the banana at Deputy Nathan Bunch as he drove by. Bunch then reportedly ducked in his car and called for backup.

After another deputy, Donald Love, arrived, he and Bunch approached Channing with their guns drawn before the suspect yelled, "It's a banana."

"Based on training and experience, I have seen handguns in many shapes and colors and perceived this to be a handgun," Bunch told the Grand Junction Daily Sentinel.

Channing reportedly told the deputies he was practicing for a video he planned to post online to "lighten the holiday spirit."

Channing faces up to three years in jail and a $100,000 fine in connection with the charges.

"A lot of time it's how someone behaves and treats an object, depends on whether or not that object is actually dangerous or is a weapon," sheriff's department spokesperson Ben Carnes said. "In this case, it turned out to be a banana, but it could have been a disguised firearm."

Watch KCNC's report on Channing's arrest, as aired on Thursday, below.