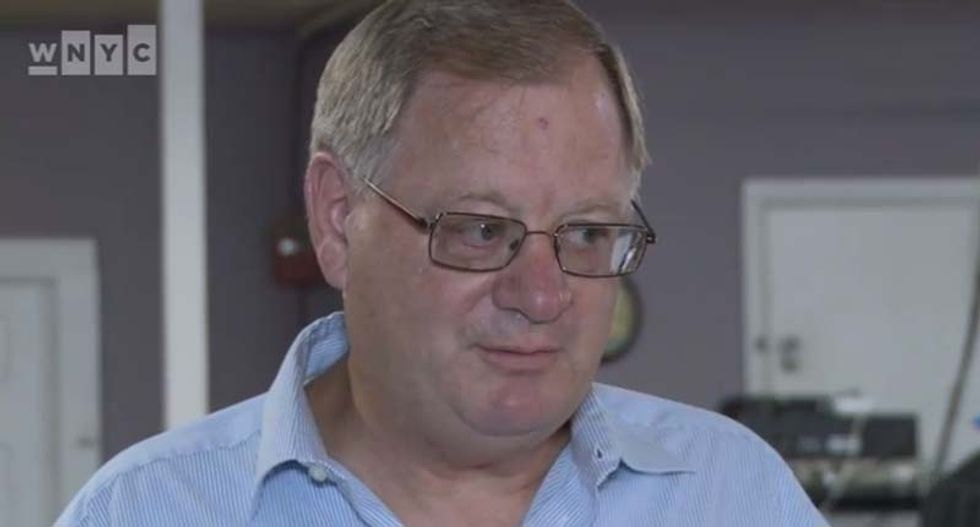 A  Christian-based Florida homeless program catering to recovering alcoholics and drug addicts has been accused of providing work crews to businesses and local events, then keeping their pay without them ever seeing it in exchange for room and board.

In an investigation conducted by the Tampa Bay Times, New Beginnings CEO Tom Atchison is accused of exploiting residents staying in his residences by farming them out as unpaid labor, including working concessions at Tampa Bay Rays, Lightning, and Bucs games, the Daytona 500 and the Florida State Fair.

Workers who put in a day of work are unaware of how much they are being paid for their labor since their paychecks go straight to Atchison and the shelter.

Atchison, who claims to have a doctorate in theology he earned from a now defunct online school, is currently applying to run Hillsborough County's new homeless shelter with a contract worth millions of public dollars.

For residents who are able to pay, New Beginnings charges $150 a week, or $600 a month, which covers rent and three meals per day.

The program's CEO calls the labor "work therapy," but advocates for the homeless and labor lawyers say it is exploitative, calling it "indentured servitude."

Atchison defended sending residents out in work crews, saying, "Because of what we do at those games, we can afford to take guys off the street who have nothing and give them the opportunity to work and get their lives back together. We take the guys no one else does."

Former employees and residents of New Beginnings dispute that, saying Atchison is more concerned with the financial future of his program than with providing genuine help.

"It needs to stop," said Lee Hoffman, a former New Beginnings resident and minister. "There are a bunch of homeless people who are being exploited."

Labor lawyers say companies may compensate employees with shelter and food but need to document hours worked and the value of the housing and meals provided in order to ensure workers earn at least the federal minimum wage of $7.25 an hour.

According to Atchison, New Beginnings does not keep track of hours worked.

"This is outrageous," said Catherine Ruckelshaus, general counsel for the National Employment Law Project. "These workers are doing a job. They need to be treated with dignity."

According to a former residents and staff, Atkinson also takes residents' Social Security checks and food stamps, even if they amount to more than residents owe in program costs.

"He would say, 'They're drug addicts, they're alcoholics, they're just going to spend it on cigarettes and booze,' " said Hoffman. "The only way they get any of it is if they complain hard enough."

Former employee Victoria Denton said, "If a check comes in, it doesn't matter if it's your name, my name, or Timbuktu's name, it's going in his (Atchison's) name."

"People who are homeless are desperate," said Nan Roman, president and CEO of the National Alliance to End Homelessness. "It's not an equal, typical relationship between a landlord and a tenant. … It should err on the side of protecting the homeless people who are more vulnerable in the relationship, and making sure their rights are preserved."

Watch video of Atchison explaining his homeless program below, uploaded to YouTube by FSNTV: