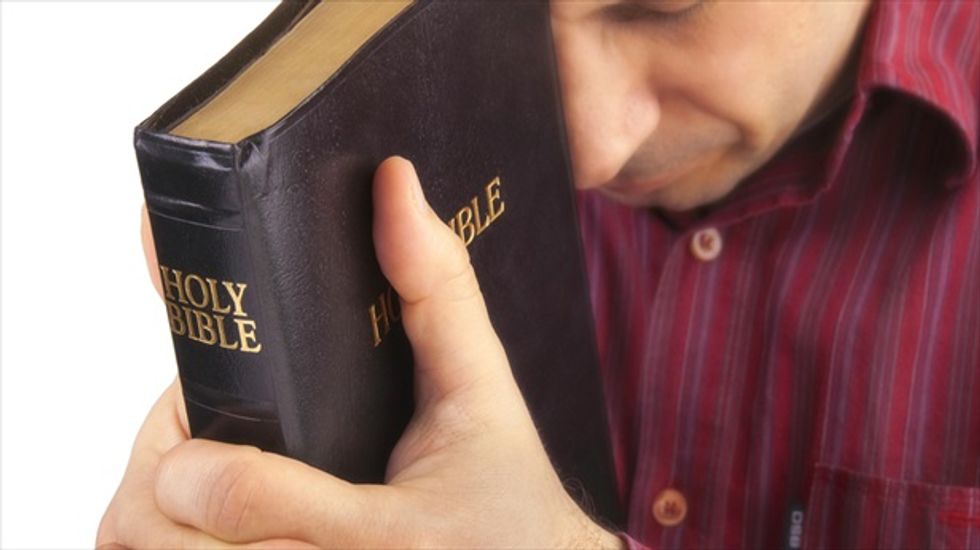 A conservative group that successfully pushed an Arizona school district to tamp down its sexual education curriculum has now filed suit in Colorado, accusing a high school of unlawfully blocking student efforts to gather together for prayer.

The group, the Alliance Defending Freedom, said school officials cited the separation of church and state when they banned religious speech during recess and other "open periods" at Pine Creek High School, north of Colorado Springs.

Academy District Twenty, which covers Pine Creek High School, said in a statement in response that non-curricular groups, which include religious groups, may only meet before classes begin and after they end.

School officials did not immediately respond to requests for comment on the suit.

"Public schools should encourage the free exchange of ideas," Alliance Senior Legal Counsel Jeremy Tedesco said in a statement on Monday, after the lawsuit was filed in U.S. District Court on Friday.

"Instead, this school implemented an ill-conceived ban that singles out religious speech for censorship during free time."

The issue of prayer in schools is the latest flashpoint in a broader liberal-conservative clash over control of curricula that also flared up last month in Colorado in a fight over the content of an advanced history course.

The Arizona-based Alliance was part of efforts that led a school board in that state to vote to remove information about contraception from a biology textbook after the board's conservative majority said it broke state law.

The Alliance got involved in the Pine Creek case after a senior, Chase Windebank, said he and other students were stopped from meeting in an unoccupied choir room twice a week to pray, sing Christian songs, and discuss topical issues from a religious perspective.

It said the school told the students the meetings, which had been taking place for three years, could continue, but that any religious speech must stop.

Lawyers for the Alliance, which describes itself as a non-profit legal organization that advocates for the right of people to live out their faith in freedom, wrote to the school last month saying the policy violates the First Amendment.

Academy District Twenty said the meetings took place during a period known as "seminar," which is considered instructional time.

"Noncurriculum-related groups, which include religious groups, are permitted to meet both before and after instructional time," it said.