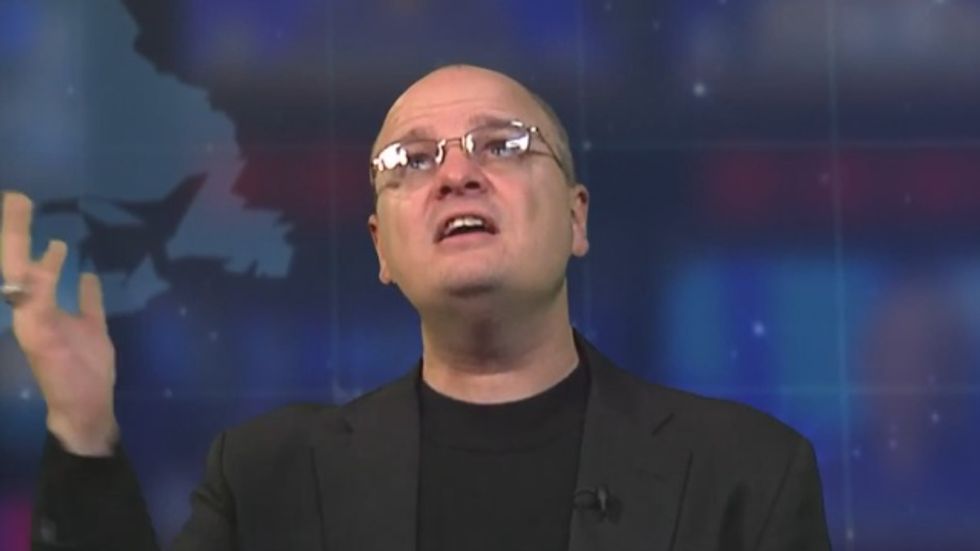 The radical anti-LGBT religious activist Gordon "Dr. Chaps" Klingenschmitt won a seat in the Colorado House of Representatives with almost 70 percent of the vote, the Colorado Springs Gazette reports.

The former Navy chaplain's victory was not surprising, as Republicans outnumber Democrats by a 2-to-1 margin in the El Paso County district Klingenschmitt now represents.

The notoriously anti-LGBT Klingenschmitt came to national attention last year, when he attempted to exorcise a "demonic spirit" from President Barack Obama.

"We pray against the domestic enemies of the Constitution," Klingenschmitt said, his eyes tightly closed, "against this demon of tyranny who is using the White House occupant. That demonic spirit is oppressing us."

On his Pray in Jesus Name radio show, Klingenschmitt regularly criticizes LGBT individuals. Last May, he responded to a Maine Supreme Court ruling allowing a transgender girl to use the bathroom of the gender with which she identified by saying, "little girls should not be exposed to little boy parts! Talk about mental health problems!"

Since this transgender girl had an identical twin brother, he said, "for one of them to suddenly start dressing like a girl, it’s not just a choice, but it’s a demonic spirit. It’s easy to say that one of those two boys is possessed by a demon. And really what the parents ought to do is take that boy to an exorcist, take that boy to a minister. Or at least, discipline the boy. Maybe give him a spanking."