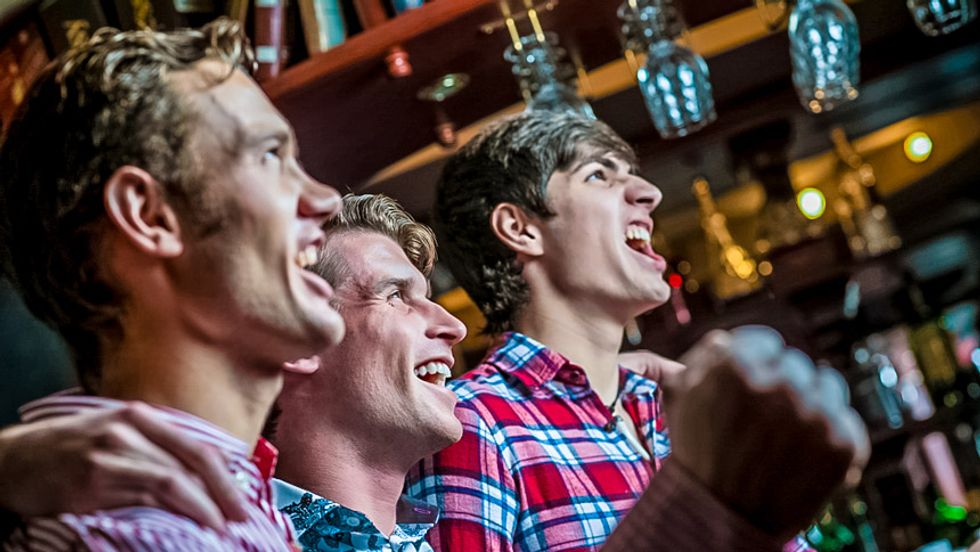 Members of an African-American sorority at the University of Connecticut said on Monday that they were not satisfied after members of a white fraternity received "no punishment" for alleged racist and sexist verbal attacks.

According to Uconn's Daily Campus, the two groups had a confrontation on Sept. 29 over the painting of a spirit rock.

“We were called whores, and after establishing that I was a university professional I was verbally accosted, and intimidation tactics were used,” Yancy said. “They called me a fat black bitch, not just a fat bitch but a fat black bitch.”

Yancy pointed out that the Pi Kappa Alpha fraternity had been suspended for a month, and had lost its rock painting privileges, but the individual members had not been disciplined.

“I have to deal with the fact that the student who has verbally accosted me received no punishment,” she said.

Yancy was also disturbed to learn for the first time at the town hall meeting that her sorority could have appealed the decision, and that they could have filed complaints against individual fraternity members.

“I appreciate this conversation,” Yancy remarked. “But I think what is nauseating is the lack of transparency. It would have been great to know that someone needs to follow up on an individual complaint so we can take the appropriate actions.”

“Why is it that none of the historically white sororities show their support for their fellow sororities?" he wondered. "Is it because they don’t see them as women because they’re too busy seeing them as black, or is it instead that they align themselves with PIKE because they see themselves as being white?"