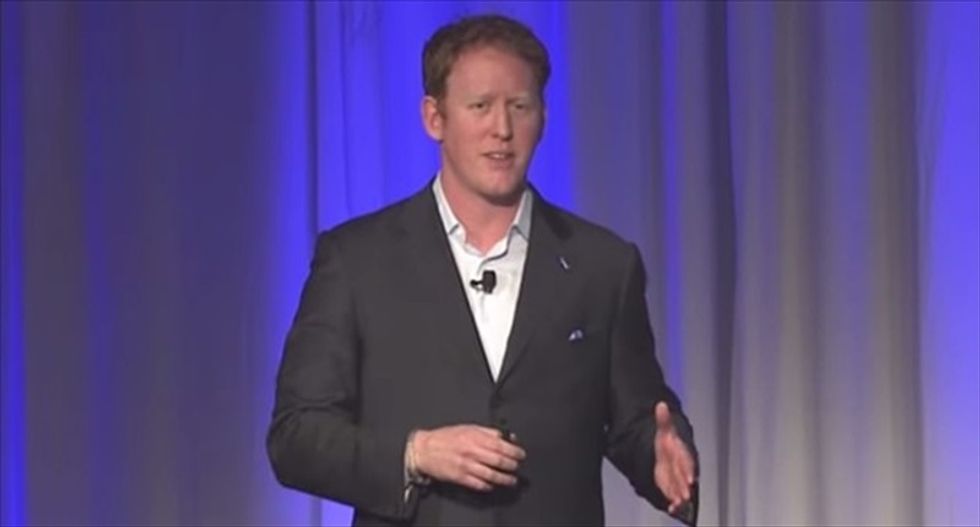 The former Navy SEAL who shot and killed Osama bin Laden during his career is a 38-year-old Montana native currently working as a motivational speaker, the Daily Mail reported on Wednesday.

The Mail identified the man as Rob O'Neill, a 16-year veteran of the service, a week before he was scheduled to appear on Fox News for an interview. According to the newspaper, O'Neill is disclosing his identity because he lost his military benefits because of his decision to leave military service four years short of a 20-year career.

"People are asking if we are worried that ISIS will come and get us because Rob is going public," his father, Tom O'Neill told the Mail. "I say I'll paint a big target on my front door and say come and get us."

Gawker reported that O'Neill was the subject of an Esquire profile published last February calling him "The Shooter." That piece sparked a dispute over his account of the events, with other members choosing to go into "serious lockdown" and not discuss the May 2011 raid that led to the al Qaeda leader's death.

Even before O'Neill was publicly identified, Fox's announcement regarding his impending interview led to Rear Adm. Brian Losey and Force Master Chief Michael Magaraci calling on current SEAL team members to stay out of the public spotlight.

"A critical tenet of our ethos is 'I do not advertise the nature of my work, nor seek recognition for my actions,'": the letter stated. "Our ethos is a life-long commitment and obligation, both in and out of the service. Violators of our ethos are neither teammates in good standing, nor teammates who represent Naval Special Warfare."

The Missoulian reported that O'Neill gave a motivational speech last year during an appearance in Butte, though he did not discuss his role in the May 2011 raid.

"It doesn't matter where you come from, you can do anything," he said in an interview before his speaking engagement. "There's nothing wrong with wanting to do the best you can."

O'Neill has reportedly been portrayed in the films Lone Survivor, SEAL Team 6, and Captain Phillips. A video posted by the booking agency Legal Authorities International, which can be seen below, shows O'Neill discussing his encounter with a man moving slowly in a convenience store line right after learning he would be taking part in the mission to rescue Captain Richard Phillips from Somalian pirates.

"He's in front of me and I'm actually in a hurry," O'Neill says, explaining that the man was buying a newspaper discussing the mission.

"Very patriotically but very slowly, he slams it down, he goes, 'Man, I sure wish somebody would do something about this,'" O'Neill tells the audience. "I said, 'Hey buddy, pay for your sh*t and we will.'"

Trump's coup came so close to working — do the American people even care?

More "revelations" about the Trump regime's crimes against democracy and the American people continue.

Last Friday, it was reported that last December Donald Trump tried to order the Justice Department to declare the 2020 presidential election "illegal" and "corrupt," paving the way for nullifying or overturning it completely.