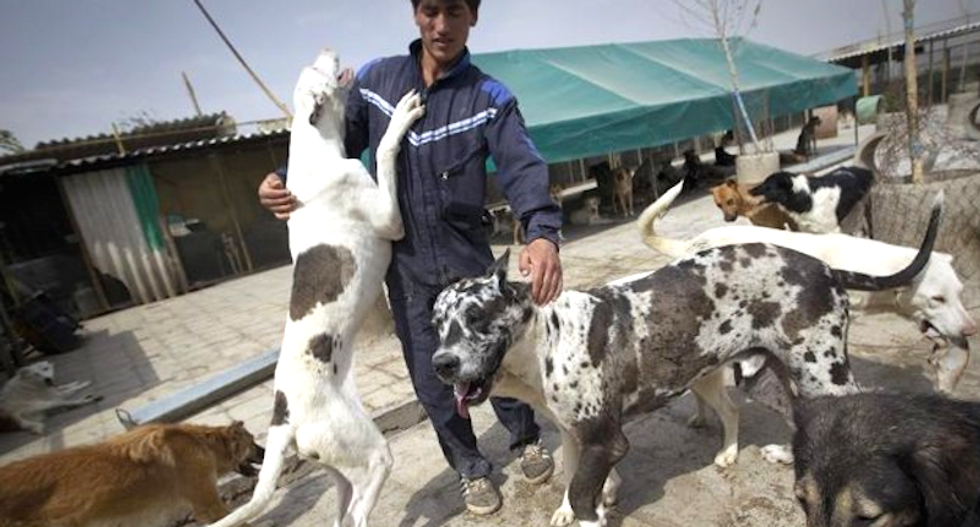 Dogs are regarded as unclean under Islamic custom and many stray dogs are kept at animal rescue shelters -- such as this one in Hashtgerd, a town on the outskirts of Tehran (AFP)

Dog lovers in Iran could face up to 74 lashes under plans by hardline lawmakers that would ban keeping the pets at home or walking them in public.

A draft bill, signed by 32 members of the country's conservative-dominated parliament, would also authorise heavy fines for offenders, the reformist Shargh newspaper reported.

Dogs are regarded as unclean under Islamic custom and they are not common in Iran, although some families do keep them behind closed doors and, especially in more affluent areas, walk them outside.

Iran's morality police, who deploy in public places, have previously stopped dog walkers and either cautioned them or confiscated the animals.

But if the new bill is passed by parliament then those guilty of dog-related offenses could face lashes or fines ranging from 10 million rials to 100 million rials ($370 to $3,700 at official rates).

Patting dogs or coming into contact with their saliva is seen as "najis" -- direct contact and behavior that leaves the body unclean -- in the Islamic republic.

"Anyone who walks or plays with animals such as dogs or monkeys in public places will damage Islamic culture, as well as the hygiene and peace of others, especially women and children," the draft law states.

Confiscated animals would be sent to zoos, forests or the wilderness, it said.

Hardliners in Iran's parliament are worried about an "invasion" of Western culture, including satellite television and the Internet, with dog ownership also being seen as un-Islamic.

The law, however, would exempt police, farmers and hunters from the penalties, which are mostly aimed at dog owners living in apartment buildings in big cities such as Tehran, according to the Shargh's report on Thursday.

Senior officials have warned against dog ownership, including Iran's police chief General Esmail Ahmadi Moghaddam who two years ago said his officers would "deal with those who carry dogs in public."

A similar law was proposed three years ago but after studying the bill lawmakers in the 290-member parliament dismissed it, citing more important legislation on the draft agenda.