Dutch killer Joran van der Sloot stabbed in Peruvian prison -- but by whom? 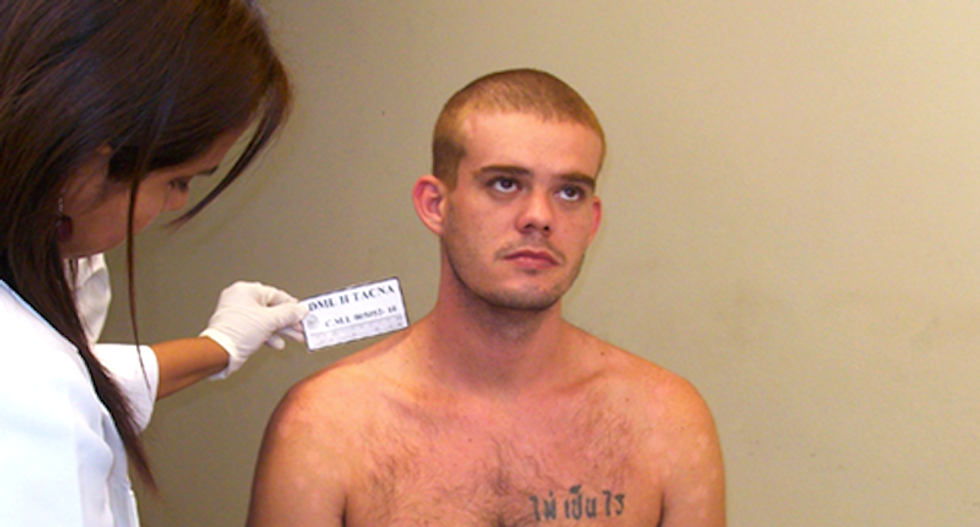 Joran Van der Sloot of the Netherlands is checked by medical police at a police station in Arica, along the border with Peru, before being expelled from Chile, in this June 4, 2010 file picture. (REUTERS/Stringer/Files)

The lawyer of convicted killer Joran van der Sloot said on Monday that the Dutch citizen had been stabbed repeatedly in a Peruvian prison in recent days, but penitentiary authorities said he likely hurt himself.

Van der Sloot, the main suspect in the 2005 disappearance of U.S. teenager Natalee Holloway, was stabbed three times in his left shoulder on Oct. 27 and then again in his kidney on Sunday, his lawyer Maximo Altez said.

But an official with Peru's penitentiary system, INPE, said Van der Sloot appears to have cut himself.

"The doctor says the prisoner presumably hurt himself because the wounds are clean, they are not the products of a clash or aggression," said INPE vice president Julio Magan.

In 2012, Van der Sloot was sentenced to 28 years in prison after he confessed to strangling, beating and suffocating 21-year-old Peruvian business student Stephany Flores.

He is also suspected of killing Holloway, who vanished during a high school graduation trip to Aruba in 2005 and was last seen with him and another man.

Altez said prisoners are targeting Van der Sloot to draw attention to the high-altitude Andean prison where he is now doing time.

"We believe prisoners have agreed to kill Joran van der Sloot in order to close the Challapalca prison since he is so well-known at an international level," Altez said.

Van der Sloot was moved to Challapalca, known for its tough conditions, from a prison in Lima because of bad behavior in September.

Van der Sloot married Figueroa, with whom he has a child, in July.

The body of Holloway, who was 18 at the time of her disappearance, has never been found. Van der Sloot has denied involvement.

Peru has said it will extradite van der Sloot to the United States for questioning about the Holloway case after he finishes his jail term in Peru.