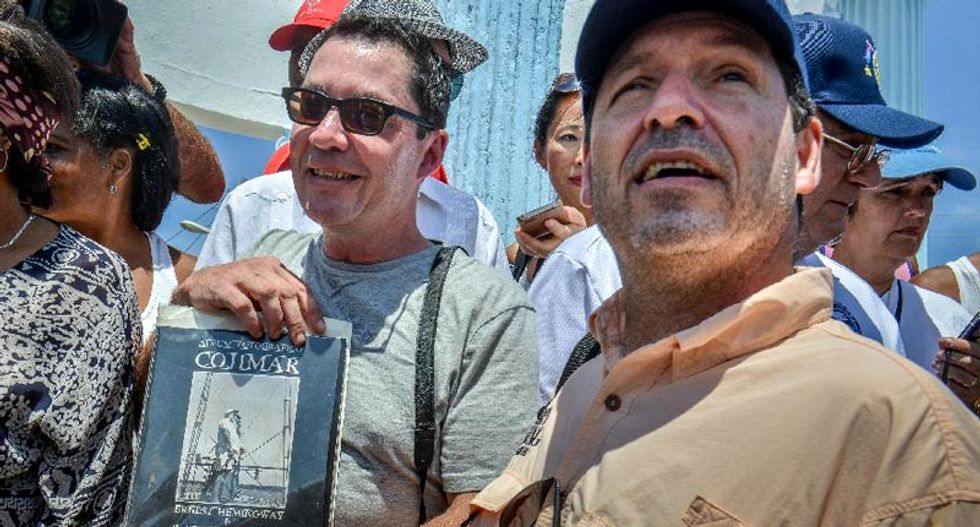 The grandson of Ernest Hemingway called Tuesday for the normalization of diplomatic ties between the United States and Cuba, home to the American literary giant for several years during the 1940s and 1950s.

"I think it is important that the diplomatic relations are re-established," John Hemingway told a press conference in Washington calling for US-Cuba ties to be normalized to help marine conservation.

"I believe these two countries need to finally recognize each other and do things in a normal fashion," Hemingway added.

Ernest Hemingway maintained a home in Cuba for years before committing suicide in Idaho in 1961. The writer set one of his most famous novels -- "The Old Man and the Sea" -- on the island, telling the story of a Cuban fisherman and his unsuccessful pursuit of a large marlin.

The 1952 novel earned Hemingway a Pulitzer Prize and contributed to him being awarded the Nobel Prize for literature two years later.

To mark the 60th anniversary of their grandfather's Nobel prize, John Hemingway and his brother Patrick recently traveled to Cuba to push for closer environmental cooperation between the United States and Cuba.

The United States has maintained a decades-long embargo against Communist-ruled Cuba since 1960.

However Hemingway said it was time for Washington to call a halt to sanctions on Havana.

"Cuba has been ignored by the US, which is amazing, because it is the biggest island in the Caribbean, with 11 million people, and we aren't doing anything, pretending that it is not there," Hemingway said.

Environmentalists want an end to the US embargo in order to allow scientists and non-governmental organizations on both sides of the Florida Straits to work together to improve marine conservation.

Dan Whittle, of the Environmental Defense Fund and Jorge Angulo Valdes of the University of Havana's Center for Marine Research were to join Hemingway in meetings at the White House, State Department and Congress to highlight the issue.

"We need to began to build the bridge, and the time is right," Whittle said.