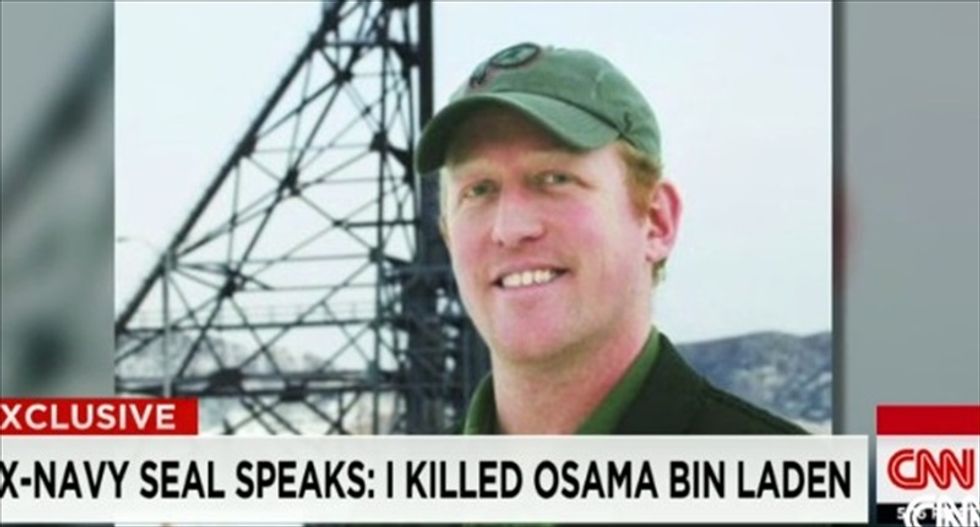 The former Navy SEAL who identified himself as the person who killed Osama bin Laden said the al Qaeda leader died "afraid," while also dismissing criticism over his story, CNN reported on Friday.

According to freelance journalist and former CNN correspondent Alex Quade, 38-year-old Rob O'Neill does not mention the May 2011 raid against bin Laden as part of his work as a motivational speaker, but makes exceptions when he is approached by people who lost a loved one during the 9/11 attacks.

"Anytime someone says, 'You know, my brother died at Cantor Fitzgerald, or my mom what, what, whatever, one thing I tell them is, 'All right, Osama bin Laden died like a pu*sy," O'Neill says in audio aired on Friday. "That's all I'm telling you. Just so you know. He died afraid. And he knew that we were there to kill him."

Quade told host Anderson Cooper that the clip was taken from a series of interviews she conducted with O'Neill over an 18-month period. Cooper aired several excerpts during his discussion with Quade.

In another clip, O'Neill rebuked the idea that veterans need closure, saying that they need to "sack up" instead.

The Daily Mail reported earlier this week that O'Neill was preparing to reveal himself as the SEAL Team 6 member who shot and killed bin Laden in an interview with Fox News.

He was also identified as the subject of a February 2013 profile in Esquire magazine calling him "The Shooter" that were questioned in other reports. CNN reported that another team member, who did not identify himself, called O'Neill's story "complete BS."

Rear Adm. Brian Losey and Force Master Chief Michael Magaraci also sent a letter to current SEAL operatives calling on them to resist the urge to "seek recognition" for their work.

Quade also played footage of O'Neill complaining that, while service members in other branches are called heroes whenever they write about their exploits, SEAL team members are treated as "f*cking villains."

"The only funny thing is -- and you can use this in your article -- is Delta Force says, 'Well, we don't say anything,'" O'Neill jokes. "Well you know why? You don't f*cking do anything. How about that?"

"I'm going to call that the inter-service rivalry that's very friendly," Quade says in response. O'Neill then adds that a Delta Force squad would have carried out the mission to kill bin Laden in a similar fashion, but that SEAL team members are still better.

He also tells Quade that he has come to terms with only being known as "The Shooter," saying all that mattered was that their mission was successful.

"There are guys now saying that I am full of sh*t," he says. "You only know what you were told unless you were in the room. And unfortunately for me, there was two people in the room, and one of us is dead and that's Osama bin Laden."

Watch Cooper's interview with Quade, as aired on Friday, below.