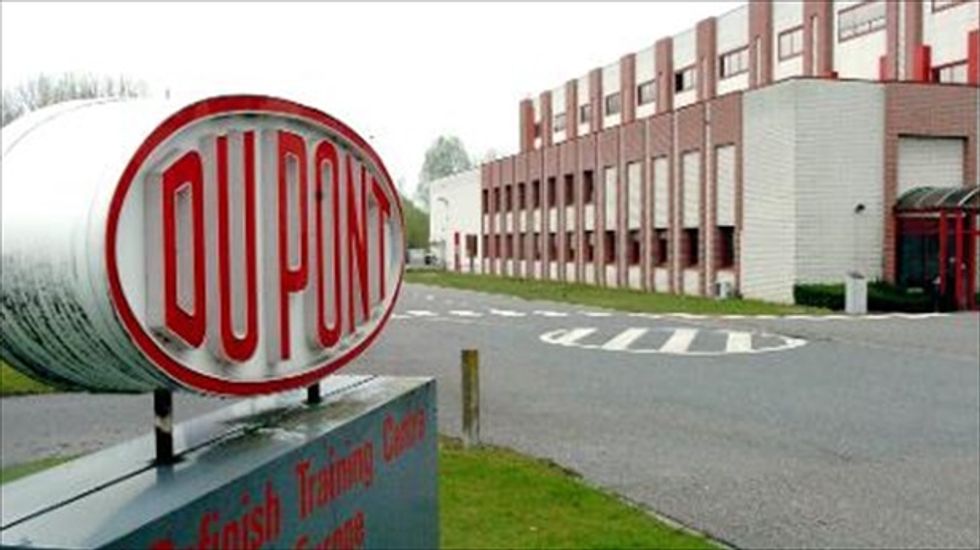 HOUSTON (Reuters) - Investigators from the U.S. Chemical Safety Board (CSB) were headed on Sunday to a DuPont and Co plant in LaPorte, Texas, to begin a probe of a chemical leak that killed four workers.

The victims were among a group of workers who were trying on Saturday to contain a leak of methyl mercaptan at the plant, located in a cluster of refineries and chemical plants 26 miles (42 km) from downtown Houston.

The chemical is used to give natural gas its rotten-egg smell and in making insecticides and plastics. Methyl mercaptan is hazardous and can cause death in high enough concentrations. The volatile chemical can also explode.

In a statement, the CSB, an independent federal agency, did not mention having any prior concerns about the La Porte plant.

Two of the dead workers were identified as brothers Robert and Gilbert Tisnado, according to Houston television station KTRK. No information was available on the other two workers who were killed.

A fifth worker was taken to an area hospital and released on Saturday, a DuPont spokesman said on Sunday. He declined to identify the dead and injured workers.

Randall Clements, the DuPont La Porte plant manager, said in a statement that the leak, which caused a stench across much of southern Houston, began at about 4 a.m. CST (1000 GMT) Saturday and was later contained.

"It appears at this point that several of the employees were responding to a leak in a valve," Clements said.

During a news conference on Saturday Clements said the four workers had between eight months and 40 years of work experience.

There were no records of inspections of the plant found on the U.S. Occupational Safety and Health Administration (OSHA) website. An OSHA representative was not immediately available to discuss the plant's history.

OSHA will conduct an investigation separate from the CSB.

The Texas Commission on Environmental Quality said the plant had a satisfactory compliance rating with the agency and was last cited for moderate violations in August. Agency investigators were on the scene of accident since Saturday.

The CSB said it had investigated accidents at four other DuPont facilities, including a 2010 phosgene release at a DuPont Plant in Belle, West Virginia, that caused one death and an accident that same year at a DuPont facility outside of Buffalo, New York, that fatally injured one worker.