Ferguson protester: No one can find the bullet police say they didn't fire into my head 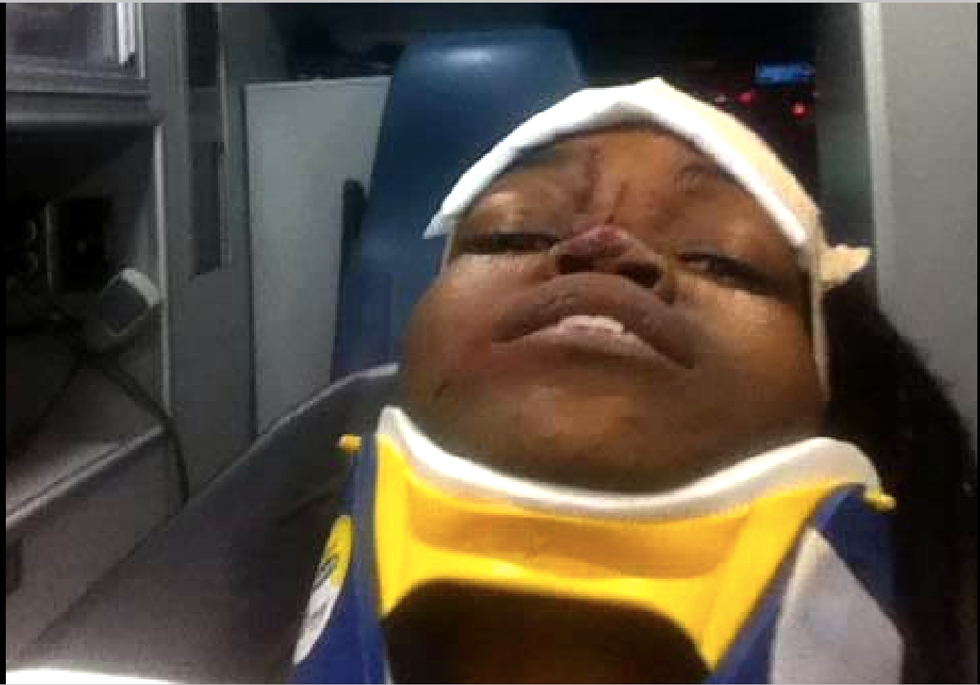 A Florissant, Missouri woman was shot in the head while she was leaving a rally in Ferguson supporting the family of slain teen Michael Brown.

According to the Riverfront Times, the bullet that doctors removed from Mya Aaten-White's head in August has vanished and police claim she was gunned down by unknown assailants in a drive-by shooting.

On the night of August 12, Aaten-White says she was leaving an event in Ferguson in support of Michael Brown and remembers a group of people walking in front of her, then everyone diving for the ground as shots rang out.

When she sat up, she knew something was wrong.

"Oh my God, you're shot in the head," she remembers someone saying. A group of young men carried her to a house where they called 911.

"Those young men carried me and saved my life," she said of the group who rescued her.

Now, Ferguson police are trying to blame those men for shooting her, calling the incident a drive-by shooting in which Aaten-White -- a great-granddaughter of jazz legend Mae Wheeler -- was caught in the crossfire. Witnesses, however, claim that the volley of bullets came from Ferguson police.

Aaten-White was conscious in the ambulance, taking a selfie that went viral. Then in the hospital, doctors debated about whether it was safe to remove the bullet from her skull, which had stopped a bare millimeter from her brain.

When Aaten-White woke up from surgery, she repeatedly asked medical personnel when the police were going to come and interview her about the incident. No one came.

When she asked who has custody of the key piece of evidence in her case, the bullet, no one could tell her what happened to the slug they pulled from her forehead.

"Someone has the bullet," said her attorney Marwan Porter to the Times.

Porter specializes in cases of police misconduct. He said, "We want to find out who and what agency took possession of the bullet. We want to identify who was responsible for firing the weapon that ended up with a bullet being lodged in the front of Mya's head."

"I've talked to both the St. Louis County Police Department and Ferguson...they have no record...no file number, no report," he said. "They don't have anything."

A month after the incident, police finally released a report.

However, when the blog submitted a sunshine request about any ballistics reports or evidence related to the case, the police department replied, "This is an active investigation by law enforcement. No investigative records, such as ballistic records, are subject to disclosure in accordance with Section 610.100 R.S.Mo. The investigative records will be closed records until such time as dictated by Section 610.100 et seq."

Aaten-White says she still has not spoken to the police about the incident, nearly three months later. A detective came to her house once to take a statement, but when she would not speak to him without an attorney present, the detective left and since then, she said, police have been ducking her attorney's calls.

Part of her reluctance to deal with the department without the benefit of legal counsel, said Aaten-White, is that the incident report about the shooting is inaccurate.

"It's an inaccurate report that we believe, my attorneys believe was produced as a result of the media pressure," she said, but would not say specifically which sections weren't true.

Read the Ferguson Police Department's incident report about the shooting, embedded below: