First arctic blast of season to hit most of US this week: forecasters 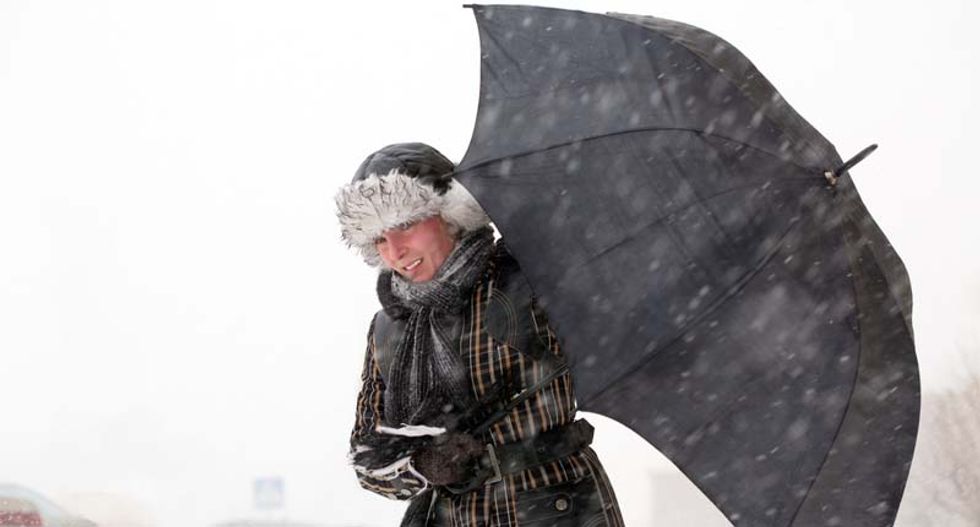 (Reuters) - The coldest air of the season is set to reach into some 42 states this week as an Arctic blast drops temperatures from the Canadian border down to the Gulf of Mexico, forecasters said.

Some 200 million people are expected to be affected by the cold, with only Florida, Hawaii, and the Southwest being spared, according to Accuweather.com forecasters.

First to see the frigid temperatures this week will be states along the Canadian border and in the northern Rockies late Sunday and early Monday, including the coldest night in Montana since March and temperatures around 33 degrees F (18 C)below average in South Dakota, Accuweather forecasters said.

Winter storm warnings are in effect for Montana, North and South Dakota, Wyoming and Minnesota as they braced for a major snowstorm forecast for the leading edge of that Arctic blast, according to the National Weather Service.

The storm is set dump up to two feet (61 cm) of snow in parts of Minnesota, Michigan and Wisconsin by Tuesday, according to the service.

Monday also marks the start of two weeks of subfreezing temperatures in the Midwest, including Illinois and Missouri, forecasters said.

The cold is expected to dip into the Central Plains states by Tuesday, dropping the mercury by nearly 30 degrees (17 C) overnight in Oklahoma.

"The arctic blast will have the greatest shock over the central states," said Accuweather.com Chief Meteorologist Elliot Abrams.

For the Rockies and the plains, Tuesday and Wednesday will see low temperatures dipping below zero (-18 C), forecasters said.

By Wednesday, Texas and other southern and eastern states, including those along the I-95 corridor, will see some of the harshest winter-like conditions of the season, said AccuWeather.com Senior Meteorologist Alex Sosnowski.

"Freezing temperatures are possible in parts of the South and East that have not yet had such temperatures this season," Sosnowski said.

The weather shift can be blamed on what forecasters call a polar vortex reaching into the United States from the north.

"The polar vortex is a large pocket of very cold air, typically the coldest air in the Northern Hemisphere, which sits over the polar region," Sosnowski said.

Adding to the cold weather woes is an anticipated storm set to hit the Pacific Northwest later in the week, building on the frigid temperatures to produce icy, dangerous conditions in Oregon and Washington coastal areas.