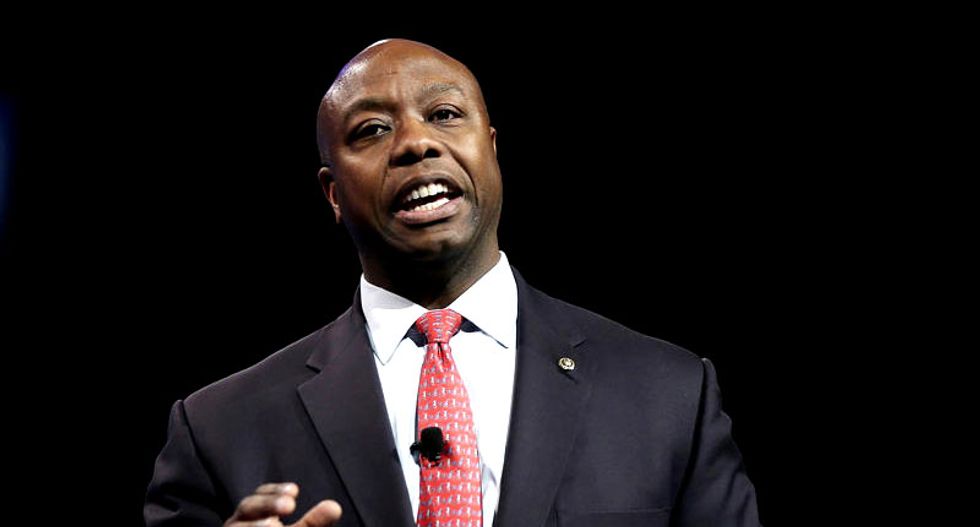 Voters in South Carolina elected the first African-American to the US Senate from the South since the years immediately following the Civil War.

And in the western state of Utah, Mia Love became first black Republican woman elected to the House of Representatives.

Aged 38, Love is the former mayor of the town of Saratoga Springs, Utah. She won a congressional seat that had been held by a Democrat.

In South Carolina Tim Scott, 49, easily won the historic vote after having been appointed un-elected to the post in 2012 when the previous senator stepped down.

The son of a nursing assistant who grew up in poverty and later achieved success in business and local politics, Scott has long espoused conservative positions and his victory will boost the Republican party's bid to broaden its appeal beyond white voters.

He is the first black senator elected from the South since Reconstruction, the period after the country's Civil War, which ended in 1877 with the withdrawal of federal army troops.

And he will represent a state where the first shots of the Civil War were fired in 1861, with rebels firing on a federal ship in the port of Charleston.

Scott's election marks a stunning contrast to the senator who represented South Carolina for decades, Strom Thurmond, a hardline opponent of racial equality who fought for segregation for years.