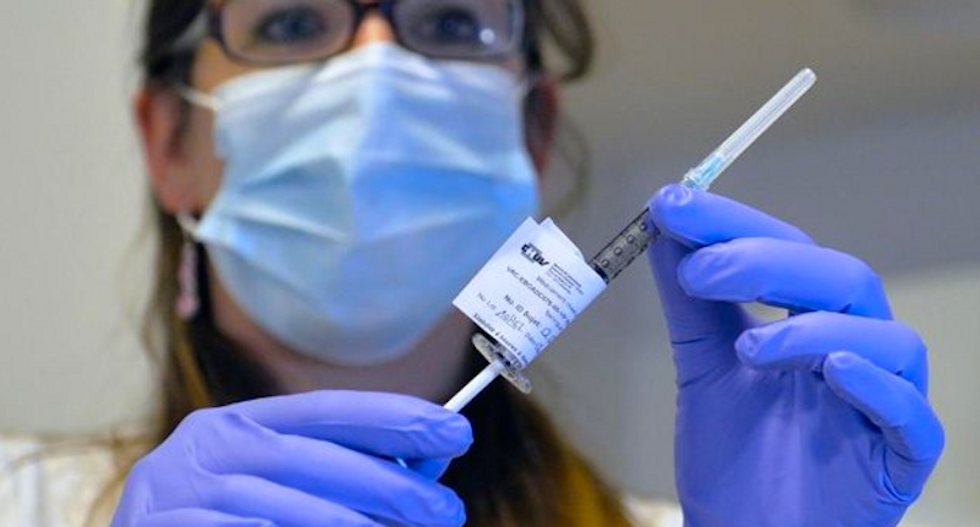 Global aid agency Doctors Without Borders said on Thursday it would begin unprecedented trials within a month on Ebola drugs and blood from survivors using patients in west Africa.

The trials in Guinea and Liberia are aimed at rushing out an emergency therapy that can be used in a battle which has taken more than 5,000 lives since December.

"This is an unprecedented international partnership which represents hope for patients to finally get a real treatment against a disease that today kills between 50 and 80 percent of those infected," said Annick Antierens, who is coordinating the trials for the medical charity, known by its French initials MSF.

The first trials are due to start in December and results could be available by February next year, MSF said.

Ebola, transmitted through bodily fluids, leads to haemorrhagic fever and -- in an estimated 70 percent of cases in the current outbreak -- death.

There is no specific treatment regime and, as yet, no licensed vaccine, although several are in development.

Patients' best chance of survival, if their condition is caught early enough, is taking paracetamol for their fevers, rehydrating and being kept well nourished.

Scientists from the University of Oxford in Britain will lead tests on antiviral drug brincidofovir at MSF's treatment unit in the Liberian capital Monrovia.

Meanwhile the French National Institute of Health and Medical Research (INSERM) will trial favipiravir, another antiviral, in Gueckedou, southern Guinea.

At the same time, the Antwerp Institute of Tropical Medicine (ITM) will lead trials of "convalescent whole blood and plasma therapy" at MSF's Donka Ebola center in Conakry, Guinea's capital.

Ebola, which emerged in Democratic Republic of Congo in 1976, is one of the most aggressive pathogens known to humankind, and victims tend to die a few days after showing symptoms.

The target for a successful trial in each of the treatments under consideration will be the patient surviving for two weeks, said MSF, adding that no one would be tested without informed consent.

The charity said there would be little disruption to the patients' normal care.

Patients in the Conakry trial will be administered with blood or plasma containing antibodies from survivors.

He called on survivors in Guinea to give blood, saying their help in coming up with a treatment could reduce the stigma that patients who have recovered often encounter back in their villages.

"We want to find out whether it works for Ebola, whether it is safe and whether it can be scaled up to reduce the number of deaths in the current outbreak," he said.

The antivirals were selected from a shortlist drawn up by the World Health Organization (WHO), which is overseeing the project, after a review of a wide range of issues, including safety and availability.

"Conducting clinical trials of investigational drugs in the midst of a humanitarian crisis is a new experience for all of us, but we are determined not to fail the people of west Africa," said Peter Horby, chief of the Monrovia trial.

MSF said its other treatment centers, including in Ebola-ravaged Sierra Leone, could be used in the future.

Almost all of the deaths in the current outbreak have been in Liberia, Sierra Leone and Guinea, but smaller outbreaks have emerged in Nigeria, Senegal, the United States and Spain.

Mali is scrambling to prevent a serious epidemic after the deaths of an Islamic cleric in October and, this week, the nurse who treated him in the capital Bamako.

The deaths dashed hopes that the country was free of the virus and caused alarm in Bamako, where the imam was washed by mourners at a mosque after his death.

The WHO announced on Wednesday that the outbreak had passed a gruesome landmark, with 5,160 deaths from around 14,000 cases since Ebola emerged in the forests of southern Guinea.

The WHO and aid organizations have frequently pointed out that the real count of cases and deaths could be much higher, however, with cases often hidden from the authorities by suspicious locals in tribal areas.