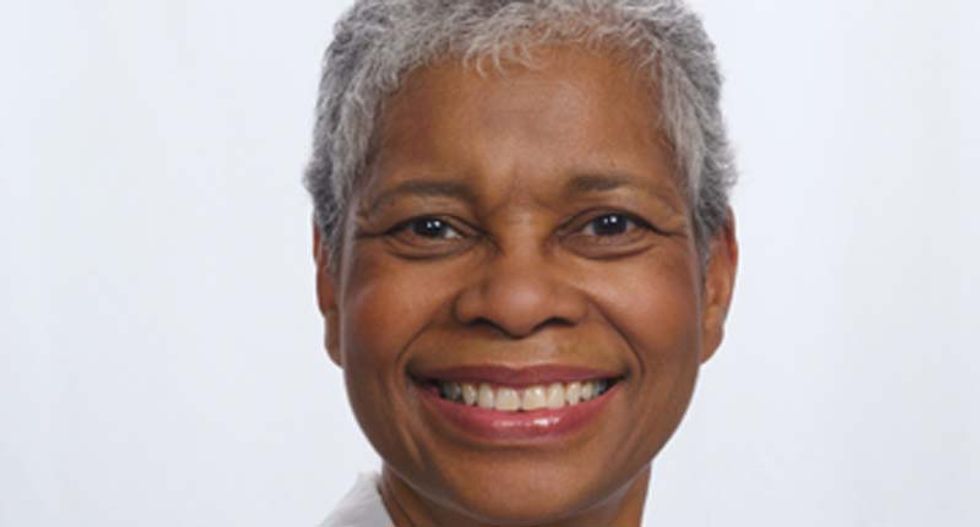 The Florida Supreme Court has removed a Leon County judge from the bench following an investigation that revealed she had been running her Christian ministry from the courthouse, including selling ministry products to attorneys and courthouse employees while using her position on the bench to promote her business, reports the Tallahassee Democrat.

Judge Judith Warren Hawkins stepped down from the bench on Thursday after being informed of the high court ruling. The judge  called for a recess and was later replaced by another judge who entered the courtroom and asked people waiting to have their cases heard, "Ya'll want to tell me what's going on?"

According to the Judicial Qualifying Commission, Hawkins --who heads up the Gaza Road Ministries -- was guilty of selling and offering to sell ministry-related products to courthouse employees and lawyers appearing before her,  promoting the sale of the products on her website using photos of herself in judicial robes, and using her judicial assistant to promote the sales of the products.

Hawkins had requested to be allowed to keep her judgeship, telling the JQC, "This case is about errors of the mind, not of the heart. The allegations did not include any intentional injustice toward litigants ... nor were there allegations of inappropriate use of office or power for personal advantage."

The high court ruled that Hawkins' apology came "only when faced with the possibility of removal," and that she  failed to accept responsibility for her actions or acknowledge their impropriety.

"Further, Judge Hawkins' apology fails to overcome the grievous nature of her conduct during this proceeding," the justices wrote.