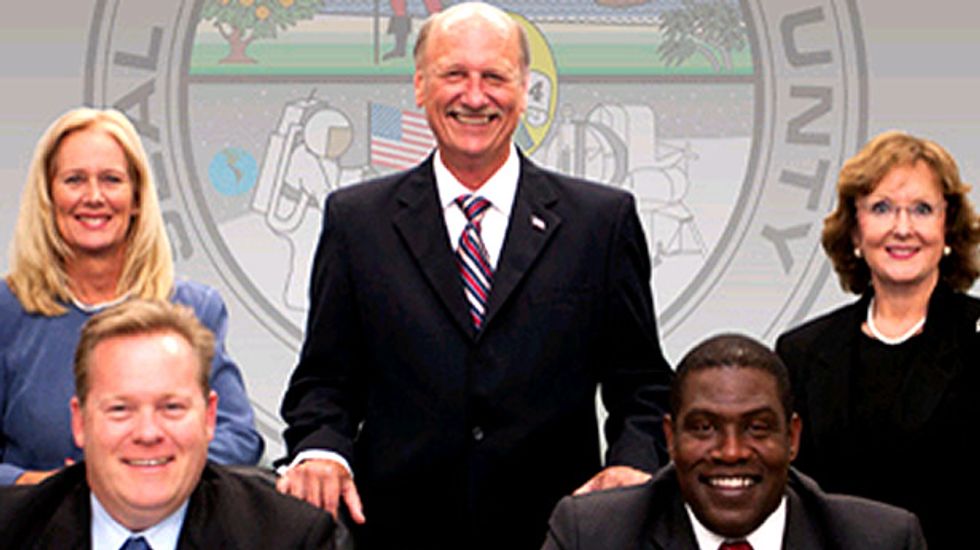 The Brevard County Board of County Commissioners has, again, prohibited atheists from giving an invocation before meetings -- only this time, it claims that the Supreme Court has endorsed its decision to discriminate.

In August, the board voted unanimously to deny atheists the opportunity to deliver invocations or supplications before city meetings.

According to their decision, the Central Florida Freethought Community (CFFC) could only speak during period in the evening devoted to "Public Comments."

Hava Holzhauer, the Florida Regional Director of the Anti-Defamation League (ADL), sent a letter on the CFFC's behalf, in which it noted that the Commission's "decision to prohibit an atheist from delivering an invocation would most likely violate the standards set forth in the U.S. Supreme Court’s recent decision in Greece v. Galloway."

"The [Supreme] Court required that a legislative body must implement a non-discrimination policy with respect to prayer givers," the letter continued. "This means that the person who gives an invocation or prayer -- whether a public official, member of the clergy, or an ordinary citizen -- cannot be denied the prayer opportunity based on his or her faith, including a minority religion or atheism."

Moreover, the ADL claimed that "a prayer or invocation should contain no reference to a particular deity, sect or denomination, or to any of the central religious figures associated with any particular religious belief."

On Friday, the Anti-Defamation League received a response from the County Commission, in which it defiantly stated that "[t]his Board [of County Commissioners] has no intention of violating the U.S. Supreme Court by following your flawed interpretation of the Court's ruling in the Town of Greece case."

According to the board, the ADL's suggestion that "clergy from the community should...abide by your recommended principles that a prayer or invocation should contain no reference to a particular deity, sect, or denomination, or to any of the central religious figures associated with any particular religious belief" amounts to a "censorship of prayer in express violation of the law laid out by the U.S. Supreme Court in Town of Greece v. Galloway."

The board did not, however, indicate why the ADL's request amounted to censorship, saying only (and parenthetically) that "[g]overnment must permit a prayer giver to address his or her own God or gods as conscience dictates."