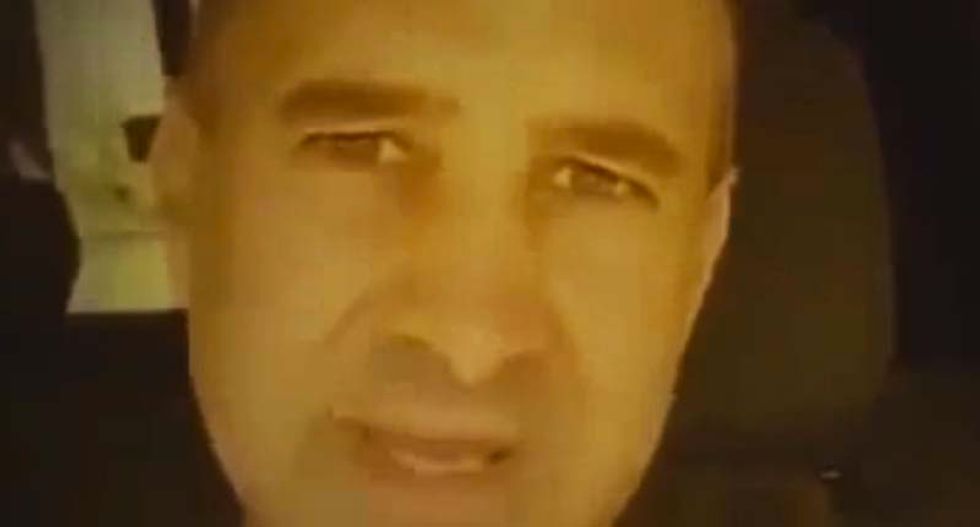 In a rambling video previously posted to his Facebook page, Scott Stapp -- former lead singer of the band Creed -- lamented the "soul sickness" that pervades America "because God has been removed out of American culture and relegated to churches."

Stapp, who fronted the arena rock band considered by many to be a Christian band based upon lyrics containing religious references and questions about faith,  recently emerged from obscurity claiming he is broke and living in his truck, saying all his money is gone due to financial mismanagement and theft.

In one video posted to Facebook, the singer said, “Right now I’m living in a Holiday Inn, by the grace of God, because there’s been a couple of weeks I had to live in my truck. I had no money, not even for gas or food. I went two days without eating because I had no money and ended up in an emergency room.”

In a new video, now deleted from his Facebook page, Stapp -- who has been documenting his quest to get the Boca Raton Police Department to investigate the theft of his money -- laments the state of America, saying the decline began when we stopped allowing "kids to pray to Christ or God in our public schools," but made "allowances for Muslims and Hindus and Buddhists to have their freedom of religion."

"We’ve taken God out of everything , we won’t allow our kids to pray to Christ or God in our public schools, but we sure will make allowances for Muslims and Hindus and Buddhists to have their freedom of religion, " he said. "So we take Christianity out but then we inundate our children’s minds with the freedom of religion for everybody else. I mean, we’re humans, we’re made up of body, mind and soul."

Stapp continued, "Right now, we've got a generation of children and people all the way up into their forties who have a complete soul sickness because God has been removed out of American culture and relegated to churches. Except it’s printed on our money, because what I’m starting to realize is that’s really what’s become the God of America: money."

The singer added that he's not fighting for his money due to "greed," but to provide for his children, before stating that "punishment is on the way for those who have slandered me, stolen from me, physically assaulted me -- they are going to start doing their time."

According to Rolling Stone, the wife of the singer whose band sold over 40 million records, filed papers on Wednesday to to have her husband committed for 60 days so he can receive psychiatric help.

In a recent divorce petition Jaclyn Stapp stated her husband had been "doing so much amphetamines, crystal meth and steroids that he has become a paranoid shell who has threatened to kill himself and harm his family."

Stapp recently spent time in a 72-hour psychiatric hold after the Madison County Florida Sheriff's Department discovered him in his truck wasted, incoherent and rambling that someone was trying to poison him.

Prior to his two most recent videos, Stapp wrote on his Facebook page, "All I can say is that the truth will set you (me) free, and I'm holding on to Jeremiah 29:11 and Isaiah 44:8. This is a test of faith, and I will NEVER give up or lose my faith. No matter what. This will be my last statement until after justice is served. Love to you all my friends."

Watch the video below saved by AnarkiTV and uploaded to YouTube:
Report typos and corrections to: corrections@rawstory.com.
Like this article ? Text `Support` to 50123 to donate.
READ COMMENTS - JOIN THE DISCUSSION