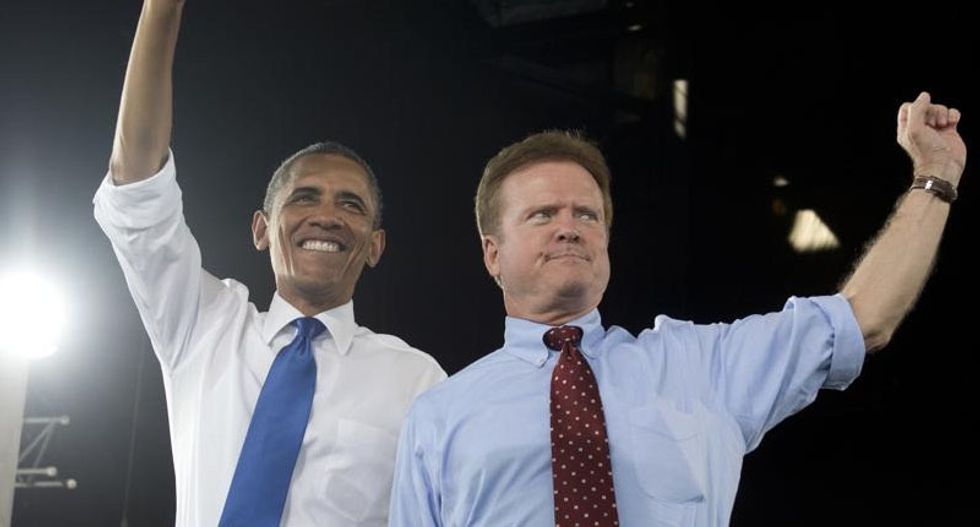 The dust has barely settled on midterm elections, but ex-senator Jim Webb has become the first candidate in America's upcoming presidential race -- and an early potential challenger to fellow Democrat Hillary Clinton.

"I have decided to launch an exploratory committee to examine whether I should run for president in 2016," Webb said in a YouTube video posted late Wednesday.

Creating such a panel permits a person to start legally raising funds, and traditionally signals the first official step in a presidential campaign process.

"We're starting with very little funding and hardly any staff, but I've been here before," the 68-year-old Webb said, referring to his 2006 underdog Senate victory.

"The 2016 election is two years away but serious campaigning will begin very soon. The first primaries are about a year away," he added.

"Your early support will be crucial as I evaluate whether we might overcome what many commentators see as nearly impossible odds."

The allusion was clearly about his former Senate colleague Clinton, widely seen as the 2016 frontrunner.

She has not announced her candidacy, but there is already an extensive infrastructure in place and close allies have raised millions of dollars for her probable run.

Several candidates, including Clinton, have signalled they will announce their intentions about the race early next year.

Born into a military family, Webb was a decorated US Marine in Vietnam. He has written several books including "Fields of Fire," a highly-praised semi-autobiographical novel about the Vietnam war.

Later he held various positions including secretary of the navy under Republican president Ronald Reagan, and US senator from Virginia from 2007 to 2013.

"Americans want positive visionary leadership that they can trust, at a time when our country is facing historic challenges," Webb said in his 14-minute video.

He pointed to growing economic disparities, and the need to reduce "ill-considered foreign ventures that have drained trillions from our economy, and in some cases brought instability instead of deterrence."

Webb recently told New Yorker magazine that his anti-Iraq war position will set him apart from Clinton, who voted for the war's authorization.

Ultimately Webb described himself as his own man, not bound by ties to Washington or corporate interests.

"In politics, nobody owns me and I don't owe anybody anything -- except for the promise that I will work for the wellbeing of all Americans."