Four injured in shooting outside Fleetwood Mac concert in D.C. 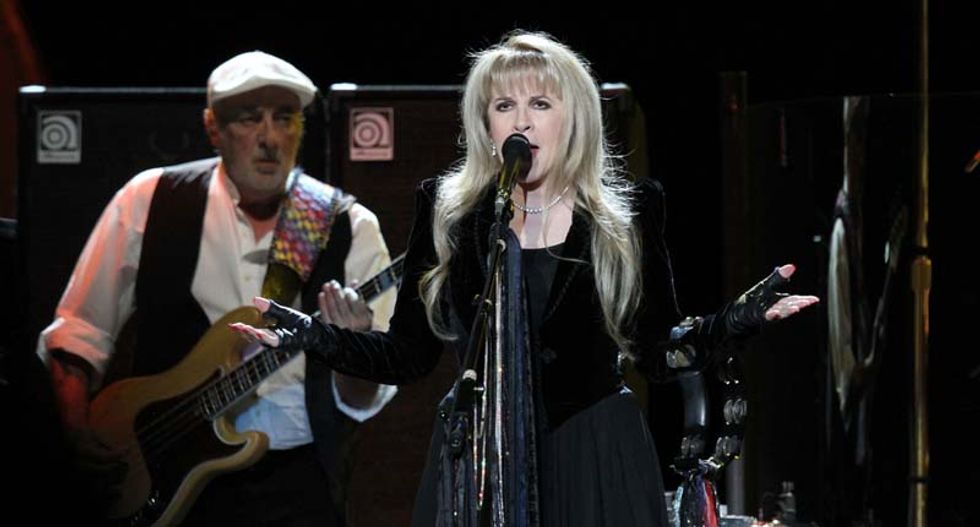 (Reuters) - Four people are recovering from gunshot wounds on Saturday after a Halloween shooting outside a Fleetwood Mac concert in downtown Washington, according to police.

Three men were shot just steps from the Verizon Center, a major venue for sports and entertainment, around 10 p.m. Friday night, minutes before the concert ended.

One man was shot in the arm, and two suffered graze wounds, police said. None of the injuries are life-threatening.

Shortly after, another man suffered a minor wound a few blocks away, when he grazed by a bullet, police said.

Police recovered one weapon and are questioning several people believed to have been involved in the shooting.

Police did not know if the incidents are connected and are investigating.

At a press conference late Friday night, Police Chief Cathy Lanier said the number of police in downtown Washington had tripled for Halloween.

"Police were on every corner and lined up and down the block," she said. "It's kind of shocking that anyone is brazen enough to take some shots."