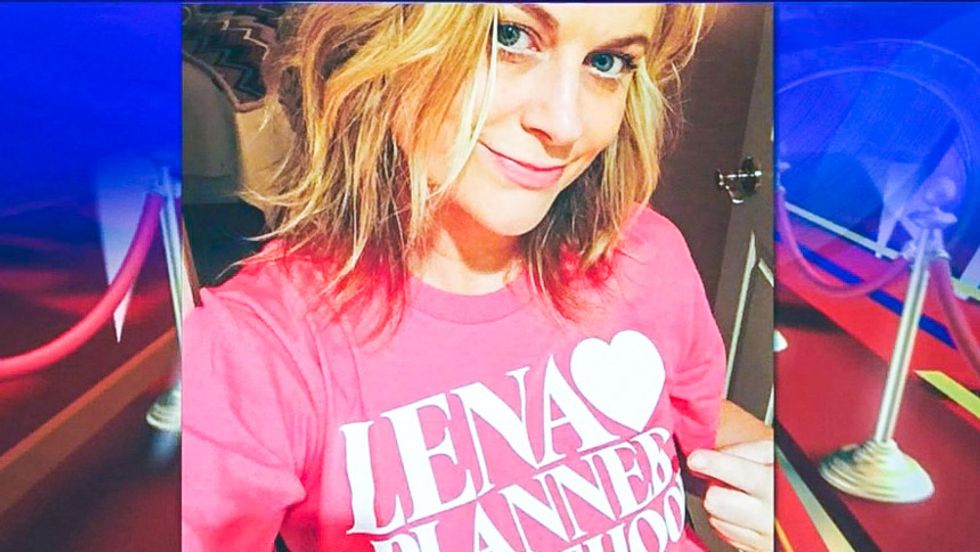 Activist Alison Howard of Concerned Women for America told Fox News over the weekend that Lena Dunham was backing an organization that had murdered "millions of young women" with her support for Planned Parenthood.

On the Saturday edition of Fox & Friends, host Anna Kooiman noted that Dunham had convinced a number of Hollywood actresses -- like Amy Poehler, Ellen Page, and Leslie Mann -- to wear pink T-shirts backing Planned Parenthood with a campaign she had started by going topless, but speculated that they could be doing "just the opposite" from empowering young women.

"Planned Parenthood sneaks under the guise of women's health with these pink T-shirts, pink tennis shoes, but all they're really promoting is abortion," Howard opined. "It's actually sad. It's ironic and sad that women like Lena Dunham and these other celebrities, when they plaster 'I heart Planned Parenthood' across their chest, they're saying, I heart an organization that single-handedly has murdered millions of young women. Little women in the womb that never got a chance like they did."

"This organization has been caught red handed committing -- not only participating in helping sex traffickers and children abusers, but also, aiding and abetting those who have committed abortion on basis of race and gender," she continued. "And at our taxpayer expense. To a tune of $1.2 million a day of taxpayer funds they do it."

"Well, yeah, critics of Planned Parenthood say it is an abortion factory," Kooiman remarked. "But they would say, 'We help with family planning, we also offer birth control, and condoms, and help women plan for their future rather than having unwanted children. But do you believe that they're actually teaching promiscuity?"

Howard argued that the actresses were just "putting on a T-shirt and saying, 'You deserve a free handout from the government.'"

"I hope that young voters take notice that Planned Parenthood is not looking to help you in your real future with jobs, the economy, getting married, having kids one day, and living the American dream," she insisted. "They're trying to retake the American dreams in pink T-shirts that advocate abortion."