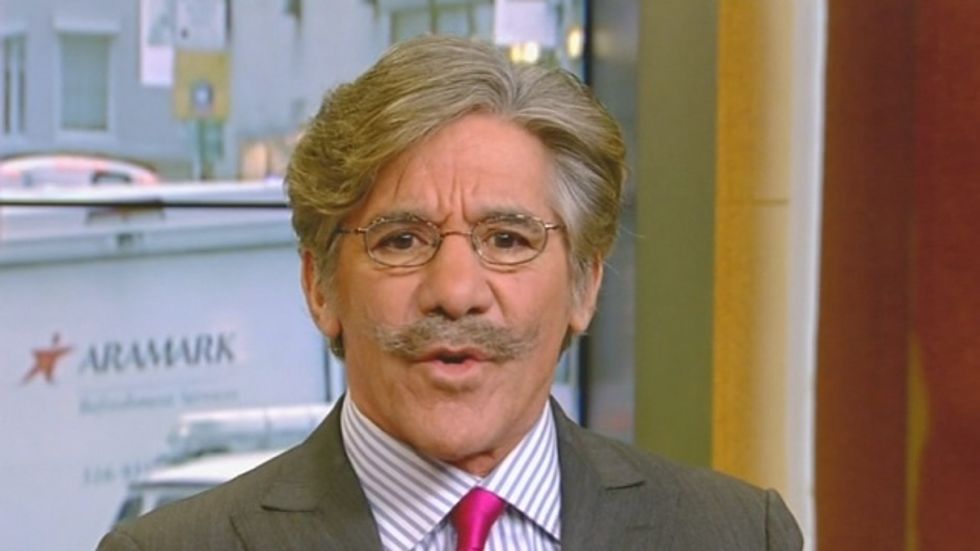 Fox & Friends welcomed Geraldo Rivera onto their morning panel, and as Media Matters for America reported, it was not long before he blamed minorities not only for their own failures, but of those of their children too.

The hosts began by rolling a clip from the previous morning's episode, in which former Secretary of State Condoleezza Rice said that America "has made enormous steps in race relations, and it is the best place on Earth to be a minority. The idea that you would play [the race] card, and try fear-mongering among minorities just because you disagree with Republicans -- I find it appalling, I find it insulting. As a Republican black woman from the South, I would say to them, 'Really? Is that really the argument that you're going to make in 2014?'"

"Wouldn't you really want to have her run for office?" Geraldo Rivera asked. "I mean, she's so balanced, and such a great role model."

"There's too much, in the minority culture," he continued, that "embraces the 'thug ethic' -- no belt, so your pants are down around your butt. Or, remember how much trouble I got in about the hoodies?"

"The point is, if you want to embrace that failure, you will be a failure, and your children will be failures," he added.

"Just real quickly," Rivera chimed back in, "the race was lost because Barack Obama failed to inspire and lethargy was malignant among traditional Democratic supporters. It was a 'woe is me' election, they surrendered, laid back, exposed their belly."

Watch the entire conversation via Media Matters for America below.