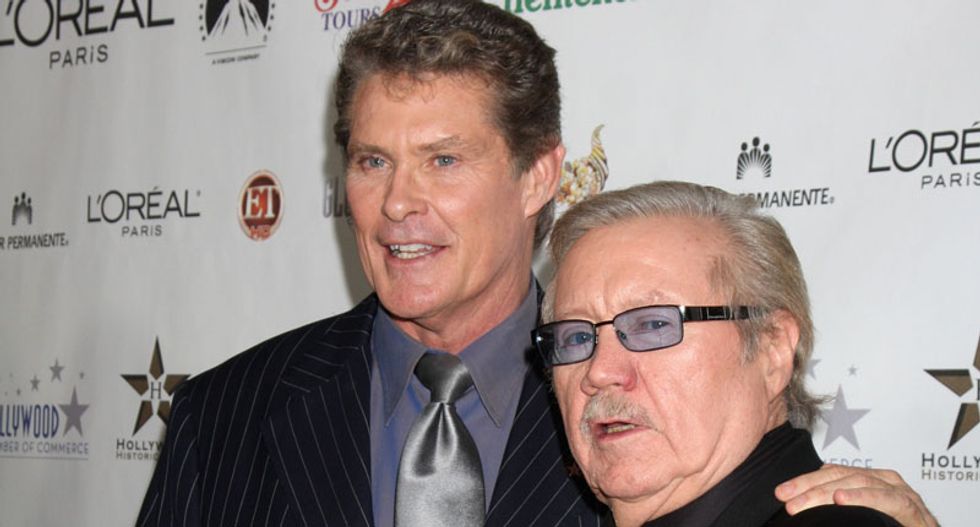 Television writer-producer Glen Larson, whose works include "Magnum, P.I." and "Battlestar Galactica," has died of cancer at age 77.

Larson wrote and produced some of the best-known prime-time television series of the 1970s and 1980s -- often humorous, family-friendly programs that appealed to a wide audience.

He was behind series such as "It Takes a Thief," starring Robert Wagner, "McCloud," "Quincy, M.E." and "Knight Rider," featuring David Hasselhoff as a crime fighting hero with a superpowered Pontiac.

But Larson is perhaps best known for the 1980-1988 "Magnum, P.I." starring a mustachioed Tom Selleck as a private investigator in Hawaii.

"Battlestar Galactica" enjoyed a shorter run -- it was taken off air in 1979 after only one season, but went on to become a cult hit among loyal fans in the 2000s.

At a cost of more than $1 million per episode, Larson said the show could not be sustained, but he wished it had stayed on air for longer.

"I was vested emotionally in 'Battlestar,'" he said in a 2009 interview with the Archive of American Television.

"I don't feel it really got its shot, and I can't blame anyone else; I was at the center of that."

Both "Battlestar Galactica" and "Knight Rider" were remade in the 2000s.

Larson said his popularity was not accidental. Instead, he tailored his work for an audience whose tastes he tried to predict.

"I fell in step with an audience taste-level that I knew how to judge and deliver for consistently," he said.

While Larson enjoyed popularity and a loyal following, he did not see as much critical success.

Though nominated for three Primetime Emmy awards -- two for "McCloud" and one for "Quincy M.E." -- he never took home a statue for his work.

Larson said he had no regrets about his failure to win awards, and was satisfied with having pleased audiences during his lengthy television career.

He said his shows "were enjoyable, they had a pretty decent dose of humor. All struck a chord in the mainstream."

"What we weren't going to do was win a shelf full of Emmys," Larson said.

"Ours were not the kind of shows that were doing anything more than reaching a core audience. I would like to think we brought a lot of entertainment into the living room."

Critics accused him of copying other series in his own shows, most notably with "Battlestar" which was thought to be based on "Star Wars," a claim Larson dismissed.

"Television networks are a lot like automobile manufacturers, or anyone else who's in commerce. If something out there catches on with the public... I guess you can call it 'market research,'" he said.

Born in Long Beach, California, Larson started out his career in the television business as an NBC page, following a stint as a singer with the pop group The Four Preps in the 1950s.

His first television credit came in 1966 as a writer on an episode of "The Fugitive."

Larson is also behind series such as "Alias Smith and Jones," "B.J. and the Bear," "Switch," and "The Six Million Dollar Man: Wine, Women and War."

He received a star on the Hollywood Walk of Fame in 1985.

Larson is survived by his wife Jeannie, his brother Kenneth and nine children from previous marriages.

A memorial service will be held in the near future, his son said.