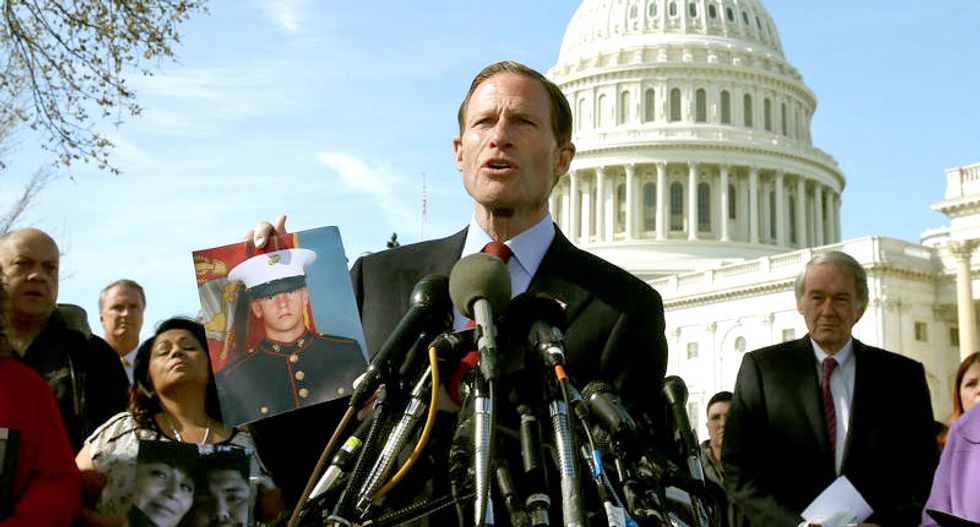 Senator Richard Blumenthal holds up a picture of car crash victim US Marine Richard Scott Bailey in Washington on April 1, 2014 at a rally to ask why it took GM so long to recall the faulty ignition switch on certain cars (AFP Photo/Mark Wilson)

The largest US automaker placed an "urgent" order for the new ignitions on December 18, a day after a meeting of senior executives, the Journal said Sunday, citing emails between GM and its supplier Delphi Automotive.

But GM, which is embroiled in lawsuits over the faulty ignition switches, only began its recall of some 2.6 million cars in February.

The Journal said the practice was not unusual but could be used in court to portray GM as stalling on releasing information crucial to public safety.

"It isn't uncommon for automakers, before a recall, to check on parts availability and place orders for parts," the Journal reported.

"Still, the major parts order will be used by attorneys representing thousands in class-action lawsuits against GM, which claim the automaker delayed informing the public of the problem for as long as possible."

Delphi produced the emails during preparations for a court trial set to begin in January 2016 on the ignition problem.

GM is accused of knowing about the dangerous fault and scores of accidents related to it for more than 10 years before the recall.

The faulty ignitions could turn off power to a car's power steering and safety airbags while it is in motion.

As of Monday, GM has confirmed 32 deaths in accidents linked to the problem.

The company has set up a compensation fund for victims, with plans to pay $1 million per fatality plus $300,000 to each surviving spouse and possible beneficiary.

GM, in a statement to AFP Monday, said the Delphi emails "are further confirmation that our system needed reform, and we have done so."