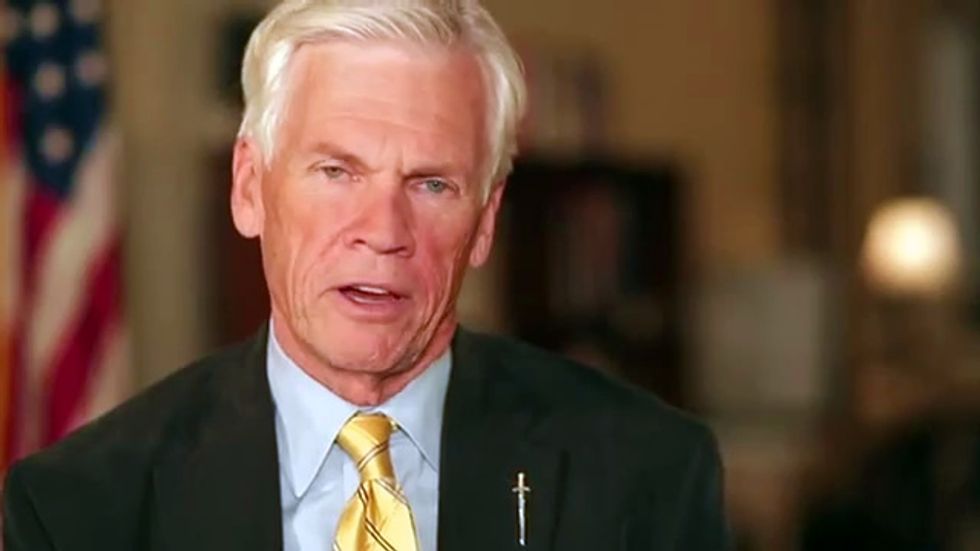 A Republican lawmaker in South Carolina is upset that kids in public schools won't be taught to doubt the theory of evolution. He says teaching creationism is only considered unconstitutional because of "judicial activism."

On Monday, state Sen. Mike Fair addressed that decision in an op-ed published by Greenville Online.

"Do I believe evolution occurs. Certainly. Evolution means change and it is observable in that sense. There are big dogs and little dogs but big or little dogs are all still dogs. Change occurred but change cannot occur outside the phylum to which dogs belong. Do you really believe that last statement is violative of the establishment clause? Neither do I," he wrote.

Fair claimed the courts had "defined science so as to exclude any theory or information not contained in naturalism — also known as Darwin’s theory of Evolution."

Fair concluded by castigating the courts for harming kids' education.

"Unfortunately, our youth are paying the price. Why should a young person care about character if he is just a random conglomeration of particles which is the essence of Darwin’s gradualism."

"We all are here for a purpose and Darwin’s random causes and gradualism simply do not fit with the facts and discoveries."