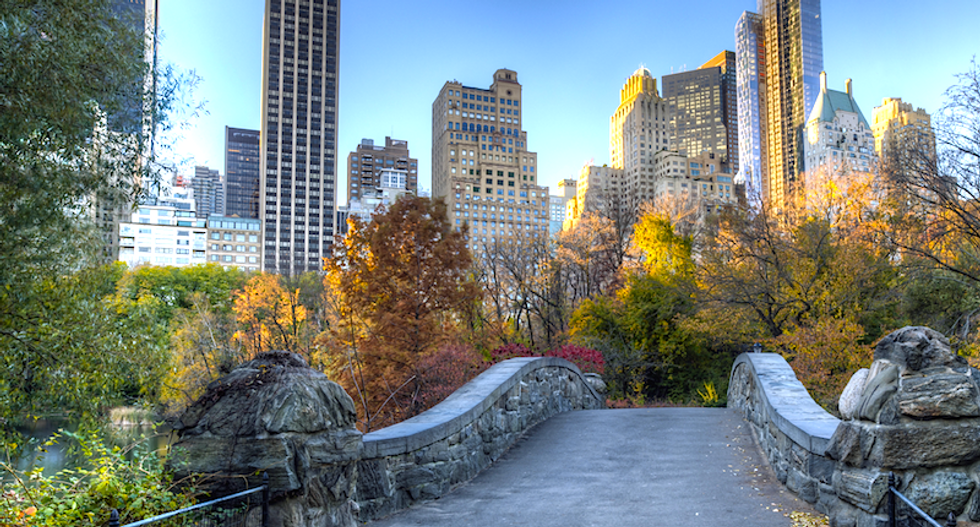 The Municipal Art Society of New York conducted a study last year on what effects a number of new high rises will have on Central Park, which is visited by over 40 million people each year. This includes a series of shadow studies that show how the new buildings will change the park's light. The illustrations below show what the park would like before and after a new series of skyscrapers are erected (shadows across the park are at 4 pm on September 21st). To learn more, see Bill's special show this week, The Long, Dark Shadows of Plutocracy.

Central Park Shadows Prior to Development

New, approved and proposed buildings are shown in the rendition below to illustrate the view from Central Park, facing south.

To see what the Manhattan skyline will look like in 2018 following the development boom, see this recent article from New York magazine, which includes some impressive renderings.