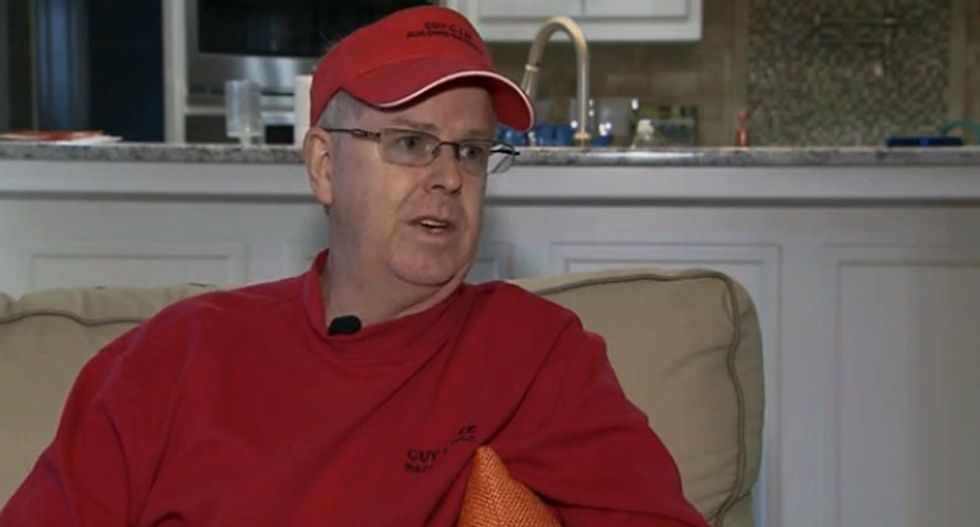 A North Carolina man is struggling to put his life back together after authorities falsely accused him of being involved in a child pornography ring.

Tommy Keith Wall, 50, of Willow Spring was arrested in June and charged with first-degree rape of a child, first-degree sex offense against a child and felony conspiracy. Details of the case, including Wall's arrest, made headlines across the nation. His bail was set at $1 million.

"I'm jobless, homeless, living with my mom, at 50 years old, just trying to put the pieces back together," Wall told WRAL. "It's just been a train wreck. My life went from (having a reputation of) being a good person to being the worst person in the world. It was destroyed in 24 hours."

Wall was accused of being involved in a child pornography ring based in Harnett County, and investigators had claimed that there was video of him committing a sexual act with a child.

Wall turned himself in after the Harnett County Sheriff's Office released a photo of him to the public.

But the only evidence against him was a photo of his 2011 visit to Bailey Joe and Elizabeth Mills' home in Spring Lake. The duo were also arrested in June for producing child pornography in their suburban home, which they had advertised as a daycare.

During the 2011 visit, which was apparently captured via a video camera, Wall dropped off a load of lumber and left. The delivery happened nearly two years before the crimes took place.

“The picture of him was taken when he visited Elizabeth Mills well before the time period (when the crimes took place),” Wall's attorney, Fred Webb, noted.

The other defendants in the case also could not identify Wall.

The charges against Wall were dropped on Oct. 30, and his record was expunged.

"The investigation should have been done a lot better," Webb said. "He has a big, big obstacle to overcome, because once you’ve been targeted and tainted with such a crime as this, it's going to follow you wherever you go."