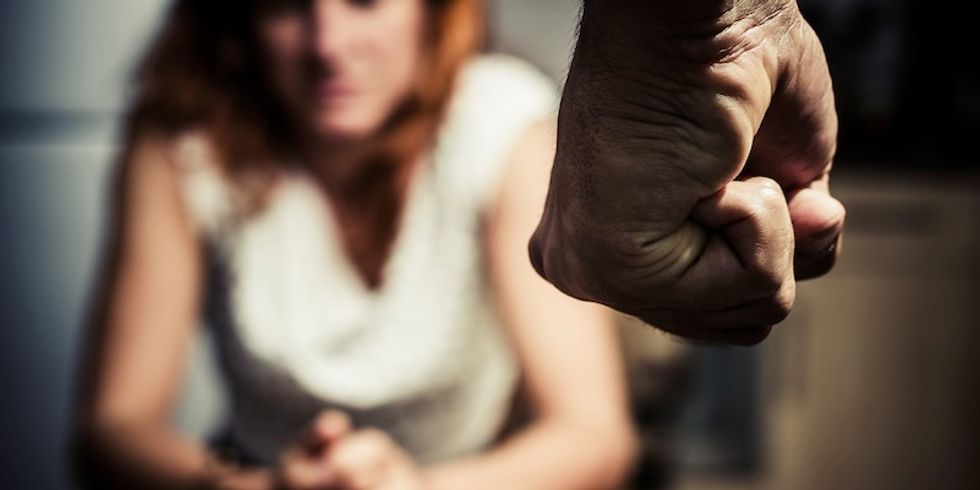 Great news! 98% of people who witness domestic abuse won't do jack shit about it!  This is what we learned from Sweden's STHLM Panda, a collective dedicated to “doing social experiments, joking with people and documenting the society we live in.”  The collective put a hidden camera in an elevator to see how people would respond to the site of a man abusing his female partner over the course of two days. According to STHLM Panda's Konrad Ydhage, “We made this video to test domestic violence and violence in close relations and to see if people react when they really need to.” Ydhage said they expected, "that about 50% would intervene. I was prepared to take a hit by the bigger lads who entered the lift."

But, it turns out, way less than 50% intervened. And no lads, big or small,  did anything thing about it.

In the video, a member of STHLM Panda impersonates an abusive boyfriend and another member impersonates the abused girlfriend. During one elevator ride, for example, the fake boyfriend pushes his fake girlfriend and screams “You'll listen to me. I'll kill you, I'll fucking kill you." At one point the boyfriend corners his girlfriend, bangs on the the elevator wall near her head and says, "Do you fucking get what I'm saying?" A brave older lady, who is really into elevator etiquette says, "I'm here too. Please let me off first." Yeah! Respect your elders. Wait for them to exit the elevator before you proceed to beat the shit out of your girlfriend. Kids! Another person witnesses the boyfriend grabbing the girlfriend's face, pushing her head into the wall and saying, “You are not worth anything, I hope you get that! You’re not worth anything!” The girlfriend pleads, "help" and the male bystander does nothing. As he exits, the boyfriend asks the girl, "Who do you think will help you? You think anyone cares about pathetic little you?"

Finally, one person does, indeed care. After the boyfriend says to his girlfriend, "Beware as hell!" and grabs her, a female elevator rider says, "if you touch her I'm gonna call the police. I'm gonna call the police if you touch her again." The guy playing the boyfriend then says, "Thank you for reacting. You're the only one who has reacted today. It's a social experiment." The witness responds, "I can't believe people are not reacting."

According to the text in the video, of the 53 people who entered the elevator and witnessed what definitely appeared to be physical abuse, only one person said or did anything to stop it. The video also informs viewers that every 20 minutes a woman in Sweden is abused. Sadly, the rates are much worse in the United States: 20 people are victims of domestic abuse per minute.